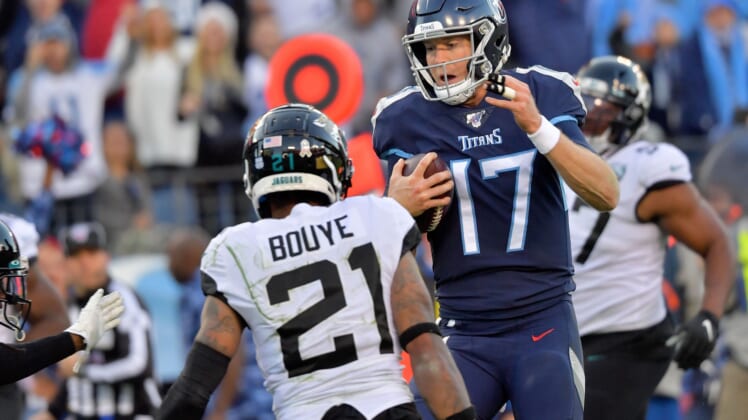 The Tennessee Titans absolutely had their way with the division-rival Jacksonville Jaguars on Sunday.

Quarterback Ryan Tannehill was nearly perfect passing the ball en route to leading Tennessee to a blowout win and a 6-5 record on the season.

This success did not in any way translate to the sideline. After the Titans put up their 41st point of the game, a three-yard touchdown run from the quarterback, Tannehill attempted to give receiver Kalif Raymond a high five. The latter was having none of it.

We’re not too sure what Raymond was doing with his hands after the failed high-five attempt, but we’re all here for it.

As awkward as Tannehill might be on the sideline, he’s proven to be a major upgrade over the benched Marcus Mariota under center in Nashville.