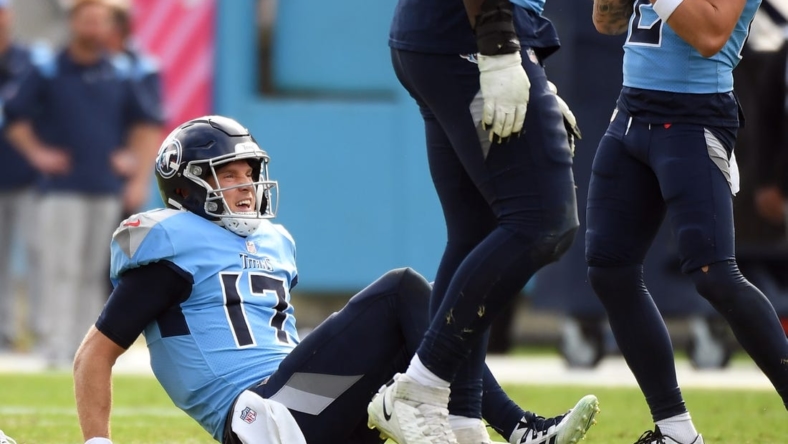 It is the second straight game Tannehill will be sidelined after starting 49 consecutive games. He missed Tennessee’s 17-10 win over the Houston Texans last weekend due to the ankle and an illness.

Tennessee listed Tannehill as questionable on the Friday injury report but coach Mike Vrabel labeled him a game-time decision. The Titans released their list of inactive players — which included Tannehill — about 90 minutes prior to kickoff.

Third-round draft pick Malik Willis — out of Liberty University — will make his second straight start. Willis completed 6 of 10 passes for 55 yards and one interception in the 17-10 win against Houston. Willis also rushed five times for 12 yards.

Tannehill has passed for 1,097 yards, six touchdowns and three interceptions in six games this season.