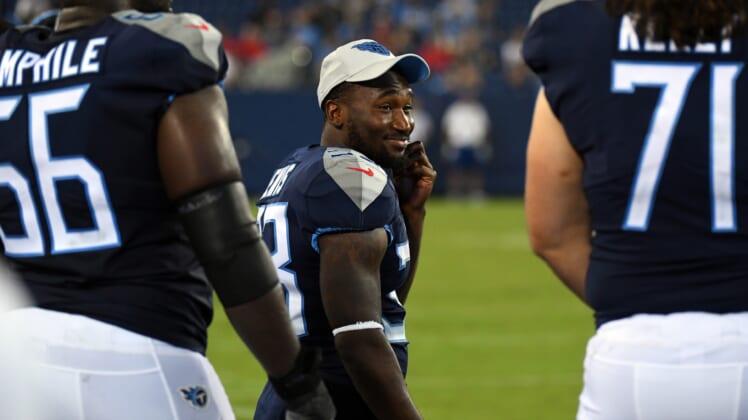 As the rest of the sports world remains at a standstill on Thursday, the NFL continues to act like it’s business as usual.

That includes the Tennessee Titans officially announcing the releases of star running back Dion Lewis and Pro Bowl edge rusher Cameron Wake. The news comes to us via their official website.

More than anything, these were cost-cutting moves from the Titans’ perspective. They save a combined $9.5 million against the cap by releasing the two. Tennessee was $41-plus million under the cap prior to releasing the veterans.

Lewis, 29, recorded nearly 1,300 total yards in two seasons with Tennessee. That included 59 receptions back in 2018.

A five-time Pro Bowler during his days with the Miami Dolphins, Wake recorded just 2.5 sacks in his sole season with Tennessee.

These moves will help Tennessee as it looks to retain reigning rushing leader Derrick Henry and reigning NFL Comeback Player of the Year, quarterback Ryan Tannehill.