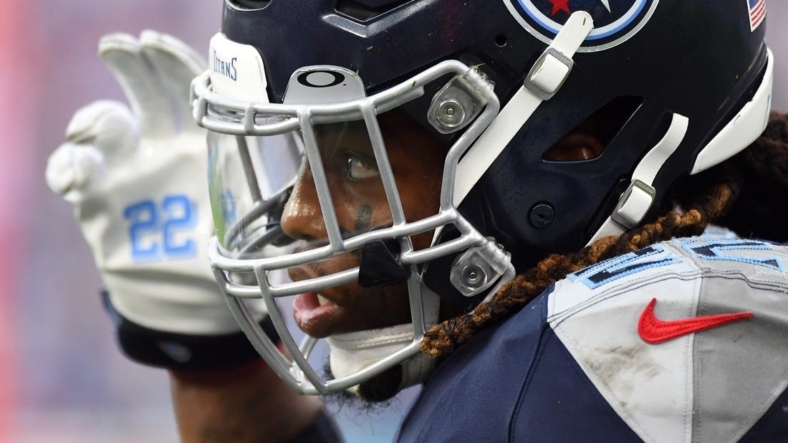 The Tennessee Titans figure to be the more desperate team entering Monday night’s game at Buffalo, but that hasn’t stopped the public from heavily backing the Bills.

The Titans have won the past two meetings, but both were in Nashville and they’re coming off a disappointing home loss in their opener to the New York Giants. Meanwhile, the Bills have had three additional days off after routing the world champion Rams in Los Angeles in the NFL season opener on Sept. 8.

Buffalo is a 10-point favorite at BetRivers, where the Bills have been backed by 67 percent of the spread bets and 75 percent of the handle. Their -435 moneyline has drawn a lopsided 91 and 94 percent of the action, respectively.

The action has been similarly one-sided at DraftKings, while Buffalo has been backed by 59 percent of the bets and 69 percent of the money at BetMGM, where the line has also shifted to 10 points after opening at 9.5.

“They’re guys that are just taught the right things in football and coach (Mike) Vrabel can motivate those guys to really play at a higher level,” Bills quarterback Josh Allen said. “And I’m assuming that’s what it’s going to be Monday night. Again, it’s Monday night and coming off the game that they just had, they’re going to be ticked off.”

PROP PICKS
Titans RB Derrick Henry, 1st TD scorer (+700 at BetMGM): This has been the most-bet prop at the sportsbook. Henry managed only 82 yards on 21 attempts in the opener and failed to reach the end zone. However, he has scored at least one touchdown in seven consecutive games against AFC East opponents.

Titans WR Treylon Burks Over 28.5 Receiving Yards (-119 at BetRivers): The most popular prop at BetRivers has been on Tennessee’s first-round rookie, who caught three of five targets for 55 yards in his debut. With veteran Robert Woods (two targets in Week 1) still working to get on the same page with quarterback Ryan Tannehill, Burks could quickly emerge as Tannehill’s WR1 option, although it was fifth-round rookie Kyle Philips who led Tennessee with six catches on nine targets against the Giants.

Bills WR Stefon Diggs Over 74.5 Receiving Yards (-130 at DraftKings): With Gabe Davis questionable due to an ankle injury suffered late last week in practice, receiving props available for Buffalo have been slim. With the Titans minus cornerback Kristian Fulton due to a hamstring injury, the Titans are going to be hard-pressed to keep all of Allen’s options in check for four quarters. Diggs caught eight of nine targets for 122 yards and a touchdown in Week 1.

PREDICTION
The hype around the Bills is extremely high – and warranted – following their thumping of the defending champs. With four extra days to rest ahead of their home opener, they won’t overlook a team they have lost to each of the past two seasons. However, the 10-point spread is a scary one, leaving bettors exposed to a garbage time touchdown. –Bills 30, Titans 23