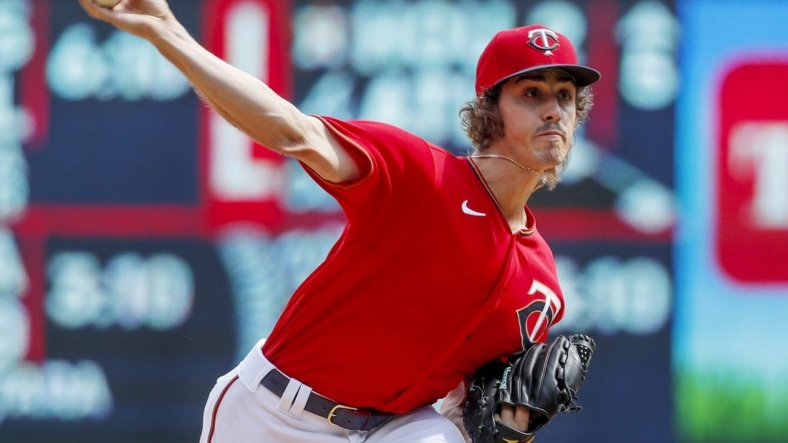 Two slumping teams that find their postseason hopes dwindling will open a crucial three-game series on Friday night when the San Francisco Giants face the Minnesota Twins in Minneapolis.

The Giants, who won a franchise-record 107 games in 2021 while also winning the National League West, head into this series one game below .500.

It’s been a steady drop in the standings for Gabe Kapler’s squad since mid-June, when the Giants were a season-best 10 games over .500 and just three games out of first place. But San Francisco, coming off a 6-1 road loss to the Detroit Tigers on Wednesday, has gone just 24-35 since its peak.

“You have to look at (the playoff race) as a great opportunity,” Kapler said, “and that’s still where we are. I’m not going to say we’re in the position we wanted to be when the season began because we’d like to be out front, somehow, some way. But that’s not where we are, and that means we have to play really good baseball down the stretch.”

They will have to do it in the near future without first baseman Brandon Belt, who was placed on the injured list before Wednesday’s loss with right-knee inflammation. Belt, who hit a career-high 29 home runs in 2021, is batting just .213 with eight home runs and 23 RBIs in 78 games this year and hasn’t homered since before the All-Star break.

Giants left-hander Alex Wood (8-10, 4.54 ERA) will make his 239 career appearance and 189th start on Friday but will face the Twins for the first time.

The Giants will make just their second-ever trip to Minnesota and first to Target Field. San Francisco, which leads the all-time series 9-6, last played in Minneapolis on June 16, 2005, in the Metrodome, with Giants shortstop Omar Vizquel going 5-for-6 with four RBIs in a 14-7 victory.

The Twins bring a season-worst, six-game losing streak into the contest following a 6-3 loss to the host Houston Astros on Thursday night.

Minnesota had a 5 1/2-game lead in the American League Central on May 24 but now trails the first-place Cleveland Guardians by four games and is five games out of the final AL wild-card spot.

Rookie right-hander Joe Ryan, who was born in San Francisco, will try to end the Twins’ losing streak. Ryan (9-6, 3.86 ERA) produced a solid start in his latest outing, a loss to the Texas Rangers on Sunday. He allowed two runs on two hits, including a solo home run to Marcus Semien, over 6 1/3 innings while striking out six and walking three as Minnesota fell 7-0.

Like Kapler, Minnesota manager Rocco Baldelli has tried to keep a positive tone during his team’s recent slump, urging the Twins to relax and have fun during a team meeting after a 5-3 loss at Houston on Wednesday night.

“You’re allowed to have a good time when you show up to the ballpark, getting your work in and preparing with your teammates, things like that,” Baldelli said. “We’re going to go ahead and do that and make a point to do it even more so than normal the rest of the way. But zero cares right now about anything except going out there and playing the game.”