Time for the NBA to Shorten the Playoffs

The first game of the 2015 NBA Playoffs tipped off in the early afternoon hours of April 18th when the Toronto Raptors hosted the Washington Wizards in Game 1 of the Eastern Conference Quarterfinals. If the NBA Finals between the Golden State Warriors and Cleveland Cavaliers goes a full seven games, it won’t end until June 19th.

That means that this year’s version of the playoffs could last a full two months.

To put this into perspective, half of the NFL regular season takes up about two months. And even with a week off between the conference championship games and the Super Bowl, the NFL Playoffs last five weeks.

Major League baseball, which now has four rounds to cover in the playoffs, took exactly a month to complete. That’s insane considering the World Series between the San Francisco Giants and Kansas City Royals went a full seven games.

How can the NBA fix what is perceived to be a drawn-out playoff season? If it doesn’t, will fans start to lose interest? Heck, is two months of postseason basketball fair to the players?

These are three big questions we need to look at here. 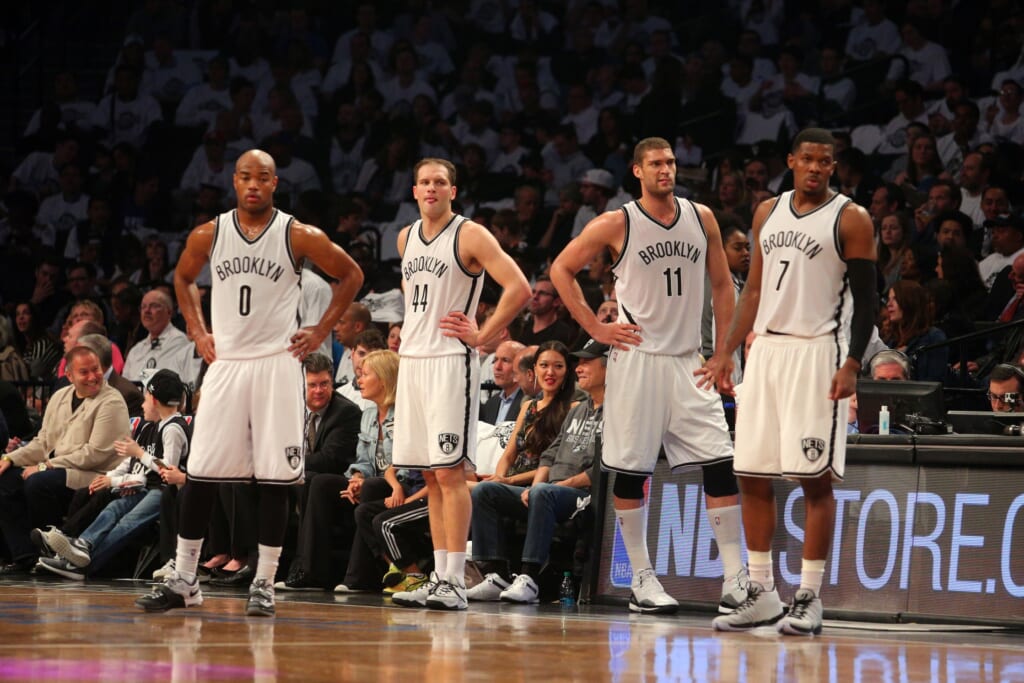 Courtesy of USA Today Sports: Eliminating a round would help us prevent a Nets-caliber team from playing.

The most logical step for expediting the playoffs would be to eliminate a round, but that’s never going to happen. The NBA gains too much revenue for this to be anywhere near a remote possibility right now.

The second option would be to eliminate four or five games from the regular season and give playoff teams a full week off before entering the postseason, at which point games would be played every other day. No off days for travel. No three-day breaks in between games. No extensive rest in between rounds. And most definitely, no week off in between the conference championship round and the Finals.

The third option is a little bit out there. Lower the number of teams that earn a trip to the playoffs to 12, at which point the NBA would seed the top-12 teams in the Association without taking into account the conferences. Four teams would have a first-round bye, while the other eight would play four best-of-five series. This would shorten the playoffs by at least five or six days, especially if the games are played every other day. It would also improve the product we see during the playoffs.

Why is a Change Needed? 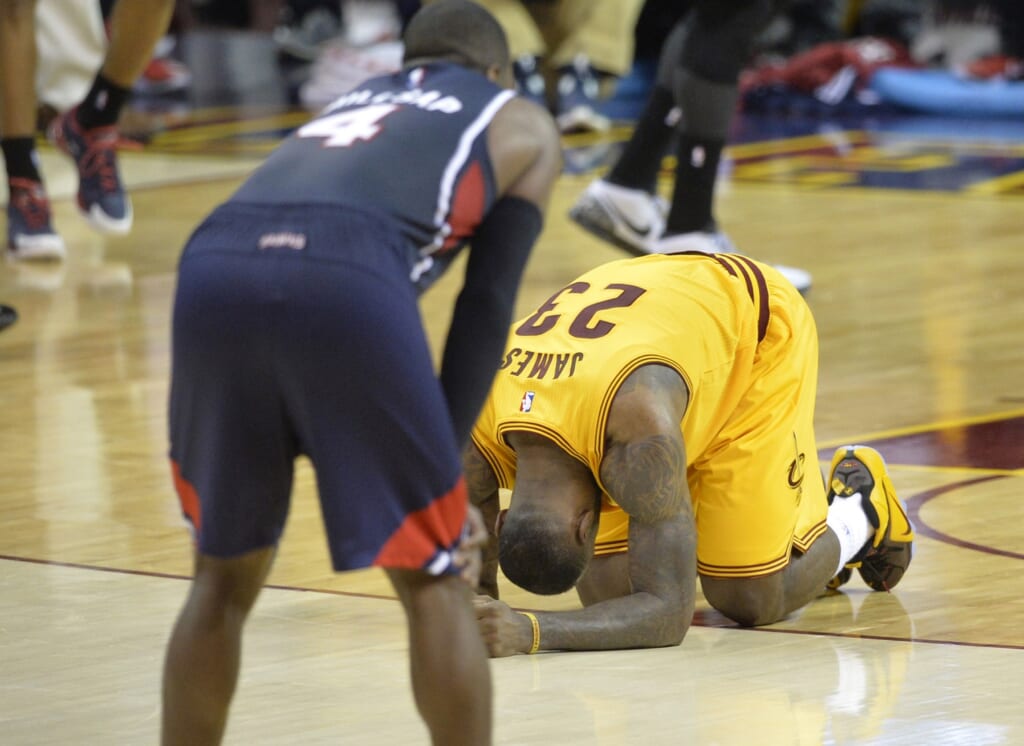 Courtesy of USA Today Sports: Player exhaustion needs to be taken into account.

With three full rounds until the Finals, it’s hard to shorten the playoffs too much. Teams can’t be asked to play back-to-back days after a grueling 82-game regular season. But the Association should be more flexible. It has to take into account the fact that certain rounds—this year’s conference finals being an example—won’t go the distance.

For the players, it’s unfair to have a two-month long postseason slate. As we noted above, the NBA Finals might not wrap up until June 19th. If that’s the case, both the Warriors and Cavaliers will only have until late September until training camp opens for the 2015-16 season. That’s absolutely ridiculous.

Fans might not complain too much about an extended postseason, especially in years when it’s been exciting. We are all ready to see who comes out on top between MVP’s LeBron James and Stephen Curry. Ratings will still be there. Fan interest will peak. That’s not the biggest issue. Instead, the NBA needs to focus on how to expand interest. If you were to tell the casual fan that the NBA Playoffs could last two months, what reaction would you receive? Pure conjecture here, but it probably wouldn’t be too positive.

New NBA Commissioner Adam Silver is an innovator. He’s not afraid to try new things. But at the end of the day, there’s no reason why the playoffs should last two months. This is something the league office must take up this summer. It’s that simple.