It’s time for the Atlanta Braves to start Spencer Strider 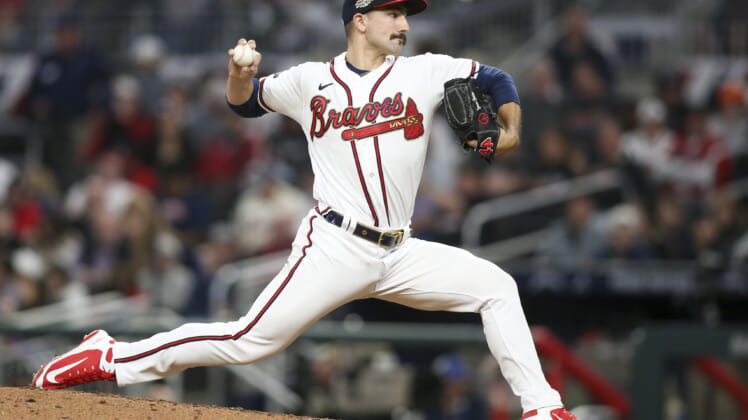 The Atlanta Braves at 12-15 are stuck in fourth place of the NL East after winning the World Series just last season. Part of their struggles this season has to do with their pitching, which has struggled out to a 4.16 ERA, 10th among the 15 teams in the National League. One potential solution is giving top pitching prospect Spencer Strider a chance to earn a spot in the starting rotation.

Braves need their starting pitching to step up

On May 1, the Braves were in need of a fill-in starter due to Bryce Elder being ineffective, allowing 10 earned runs in 19 innings pitched, to the tune of a 4.74 ERA.

In turn, the team called upon their AAA affiliate, bringing up left-handed pitcher Kyle Muller, the organization’s 4th-ranked prospect in their system, according to MLB.com.

Unfortunately for Muller and the Braves, his ninth career MLB start didn’t go any better than his first eight appearances with the big-league club (4.17 ERA in 2021). Muller ended up walking six of the 19 batters he faced, allowing seven runs in just 2.2 innings pitched.

The Braves sent Muller back down to minor-league ball following his start.

While this is a recent example of one of their pitchers imploding, Muller’s experience wasn’t much worse than the existing members of the Braves’ starting rotation, aside from Kyle Wright and Max Fried.

In particular, Charlie Morton (6.85 ERA) and Ian Anderson (4.66 ERA) haven’t lived up to their end of the bargain. At 38 years old, despite helping the Braves bring home a title in 2021, Morton may not have much tread left on the tires. With his statcast whiff rate (12%) and chase rate (7%) nowhere near where they were a year ago, it’s possible the Braves may have to replace him altogether if his numbers don’t improve.

This is where another member of their current bullpen should get the call.

Braves’ starting pitcher for May 6 yet to be announced

While an argument could be made for the Braves to replace one of their existing starters, there’s a current opening in their starting rotation right now with both Elder and Muller being sent down. Because of this, the Braves have yet to announce their starting pitcher for their May 6 date against the Milwaukee Brewers.

It’s currently unknown who could take the mound against Eric Lauer as of this posting, but there’s a case for it to be an existing member on the Braves’ staff, the only issue is, it would take a talented arm out of the bullpen.

Spencer Strider is already dominant from the bullpen

The Braves plucked Strider in the fourth round of the 2020 MLB Draft and he’s already with the big-league club full-time after making the team’s Opening Day roster. Strider made his professional debut on October 1, 2021, pitching an inning out of the bullpen, which is the same role he now holds today.

Thus far, Strider only has a career total of 15 innings pitched at the Major League level, but all indications have shown the Braves’ No. 2 prospect is ready for even more work.

While it’s been a small sample size in 2022 to this date, hitters haven’t been able to get a hold of Strider’s pitch arsenal. Perhaps it’s his fastball, which averages 98.6 MPH. Or maybe it’s the deadly duo of his devastating slider combined with his triple-digit heater that leaves hitters whiffing on 84% of his pitches.

Whatever the reason, batters haven’t caught up to Strider’s stuff in the majors quite yet. With their next starter yet to be determined, maybe it’s high time Spencer Strider gets a chance to make his Major League start of his career on Friday night against the Brewers.