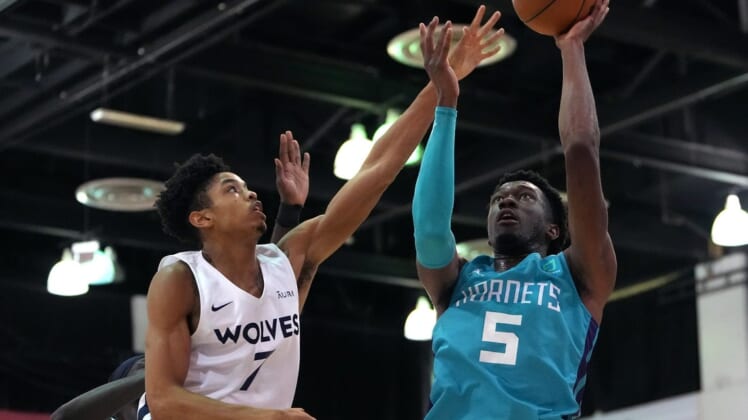 The Charlotte Hornets selected the 6-foot-8 Minott, who played one season at Memphis, in the second round of the June draft and traded his rights to Minnesota. The 19-year-old played in all five games (four starts) for the Timberwolves in the 2022 NBA Summer League and averaged 12.2 points and a team-high 8.6 rebounds.

Knight, 24, was undrafted out of William & Mary in 2020 and signed a two-way contract with the Atlanta Hawks before signing a similar deal last summer with Minnesota. He appeared in 37 games (two starts) last season for the Timberwolves and averaged 3.7 points and 2.3 rebounds per game.