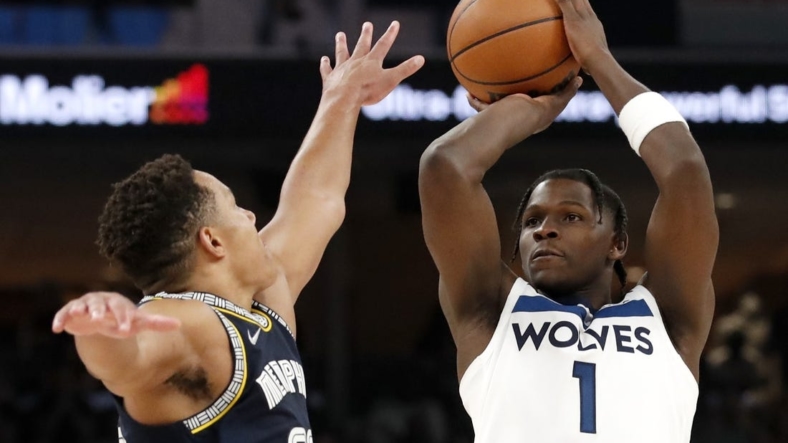 The NBA could discipline Minnesota Timberwolves guard Anthony Edwards for homophobic language used in a video he posted to social media.

The video captured Edwards discussing a group of men he saw on the street. He used derogatory terms about them in the video, which was seen on Instagram Live but later deleted as it found its way to other social media sites.

“What I said was immature, hurtful and disrespectful, and I’m incredibly sorry,” Edwards wrote in a statement posted to Twitter. “It’s unacceptable for me or anyone to use that language in such a hurtful way, there’s no excuse for it at all. I was raised better than that!”

The NBA has disciplined players in the past for anti-gay remarks.

In December 2015, the NBA issued a one-game suspension to Rajon Rondo, in part for an outburst at an official that included a homophobic slur.

In April 2021, the NBA fined Brooklyn Nets star Kevin Durant $50,000 for “offensive and derogatory language on social media,” which included an anti-gay slur.