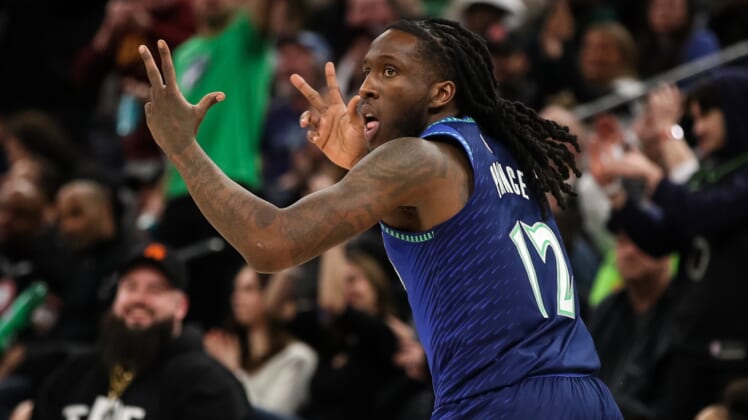 Minnesota Timberwolves forward Taurean Prince was fined $15,000 by the NBA on Sunday for an obscene gesture made during Friday’s game against the Dallas Mavericks.

Prince, who had 14 points in the 116-95 victory over the Mavericks, made the objectionable gesture at the end of the third quarter.

Prince, a sixth-year player who is in his first season in Minnesota, has averaged 7.2 points with 2.5 rebounds in 63 games (eight starts) with the Timberwolves this season.