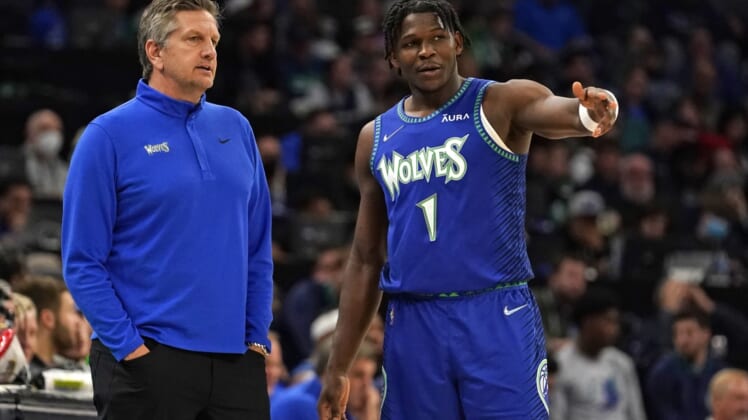 The Minnesota Timberwolves agreed to a multiyear contract extension with head coach Chris Finch and his coaching staff Monday.

“I am excited that Chris will be leading our team for years to come,” executive vice president of basketball operations Sachin Gupta said in a statement. “His leadership both on and off the court is unmatched and was evident by this year’s team success that featured great improvement on both ends of the court. We look forward to the start of the postseason tomorrow night and building towards more success in the future.”

Finch, 52, led the Wolves to the postseason in just his second season. They finished the regular season 46-36, good for the No. 7 seed in the Western Conference play-in tournament. The Wolves host the 8th-seeded Los Angeles Clippers on Tuesday night.

“It’s been a season that all of us, including our fans can be proud of and I’m grateful that my staff will continue to lead us forward,” Finch said in the statement.

Finch is 62-61 in one-plus seasons. Finch took over in February 2021 after the Wolves fired Ryan Saunders.

The Wolves led the NBA in scoring (115.9 points per game) for the first time ever in franchise history. They also led the league with 1,211 3-pointers made.