Timbers slip past Austin FC for 1st win of season 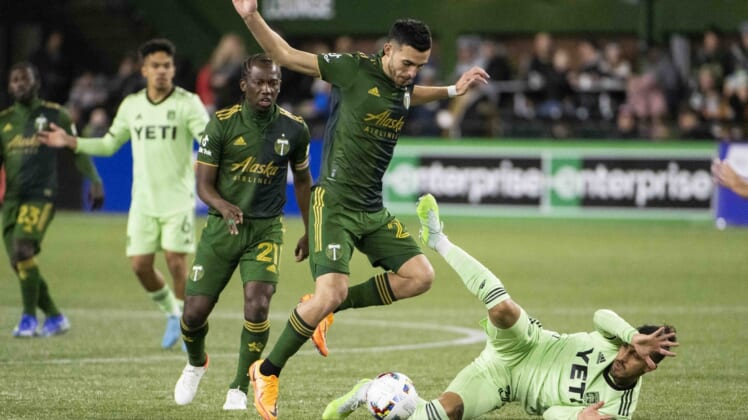 Scoring goals hadn’t been a problem in the prior three-match history between Portland and Austin, with the teams combining for 12 goals in three meetings last season. But neither team could put a ball into a net until the 62nd minute.

It was New Zealand international Tuiloma with a header, running toward the net to knock in a free kick from teammate Yimmi Chara. And after the goal, scoring chances picked up considerably.

Still, the Timbers (1-0-2, 5 points) held on to hand Austin its first loss of the season after two blowout wins at home. In doing so, Portland earned its first shutout of an opponent in three matches this season.

Tuiloma had hit the post with a shot earlier in the match, just missing a goal. After Austin’s Cecilio Dominguez shot the ball over the crossbar in the 70th minute, narrowly missing a tying goal, the Timbers pressed for a second but could not put away a loose ball in front of the goal.

Austin FC (2-1-0, 6 points) had two big chances late. Moussa Djitte looked like had scored, but Tuiloma swooped in to clear the shot at the last instant in the 76th minute. Then Austin screamed for a handball in the box that was not ruled a penalty moments later.

The Timbers had to survive five minutes of second-half stoppage time, and in the first minute of that extra time, Austin’s Sebastian Driussi tried a redirect of a cross that sailed over the bar.

Chara took a hard shot in the final minute as Portland kept Austin from another good chance. Tempers flared at the end when the Timbers purposely played the ball out of bounds to allow Chara to be treated on the field, but Austin opted to keep the ball and possess it rather than the sporting move of giving it back to the Timbers.