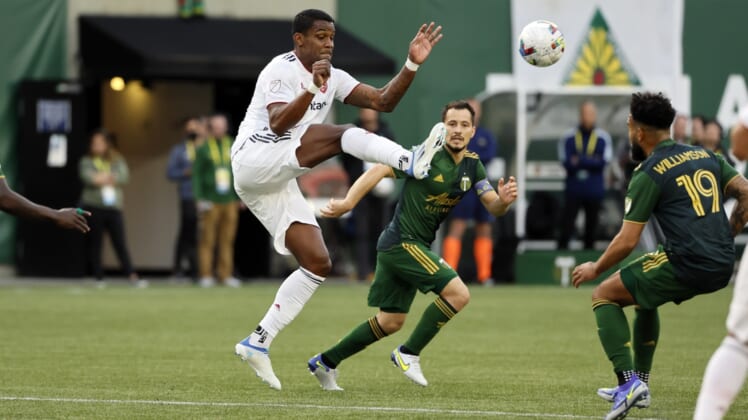 The Portland Timbers and visiting Real Salt Lake each failed to score for a second consecutive match in a 0-0 draw on Saturday night.

Portland (2-2-5, 11 points) played to a scoreless result for a second consecutive game after also settling for a 0-0 tie at Houston last weekend. The Timbers have now surpassed their total of four ties from all of last season.

Portland outshot RSL (3-2-4, 13 points) 15 to 5 overall and 5 to 2 in efforts on target, but rarely put goalkeeper Zac MacMath in serious trouble.

Timbers midfielder Eryk Williamson made his first start since last August, when he suffered a season-ending torn ACL, and played 71 minutes.

Salt Lake was much better than their previous outing, a 6-0 loss at New York City FC that set a club record for worst margin of defeat.

MacMath finished with five relatively comfortable saves for his third shutout of the season and first since a 1-0 home win over Seattle in RSL’s second game.

His opposite number, Aljaz Ivacic, needed only two stops to keep his third clean sheet of the campaign. He did not have one at the MLS level in two previous seasons as a Timbers backup.

While the visitors spent the majority of the night defending, they had arguably the most dangerous chances of the affair.

Salt Lake’s Pablo Ruiz struck the left post in the 66th minute on a chance set up by a cross from the right and a skillful layoff from striker Bobby Wood.

Then 10 minutes later, Maikel Chang reached Ruiz’s cross to the back post but sent his first-time volley directly at Ivacic.

But little materialized. The Timbers’ best late look came through Jaroslaw Niezgoda, who fired his effort from beyond the penalty area into MacMath’s body for a comfortable stop.