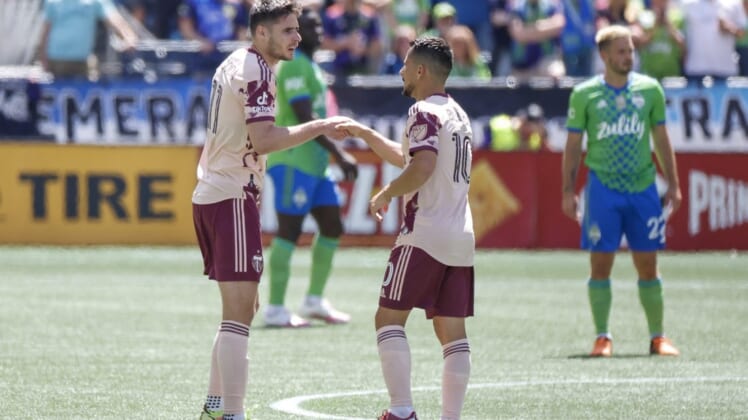 So they’ll be familiar with the surroundings Sunday night when they meet the host Portland Timbers.

The Whitecaps won in their last trip to Portland, 3-2, in October.

Wednesday, the Whitecaps rallied for a 2-2 draw at FC Cincinnati on Cristian Dajome’s goal in the 82nd minute. Ryan Gauld also scored.

Portland won in Vancouver, 3-2, on April 9 this season, and then gained control of the Cascadia Cup standings last weekend by drilling the Sounders, 3-0, in Seattle. A victory over the Whitecaps would nearly clinch the Cascadia Cup for Portland, which has not won the trophy since 2017.

After a terrible start this season, when they won just two of their first 11 games, the Timbers are unbeaten in five (3-0-2). Jaroslaw Niezgoda had a goal and assist for the Timbers, who scored twice in the final 10 minutes to put away the short-handed Sounders.

Santiago Moreno converted a penalty kick in the 82nd minute. It was the fourth consecutive game in which the Timbers scored from the spot, a league record.

Portland will be without midfielder Eryk Williamson, who is suspended for the match due to yellow-card accumulation.

“First of all, the most important thing is the three points at home, for us to continue to climb in the table,” Timbers coach Giovanni Savarese said. “I’ve always said I want us to be competitive in everything that is available for us to earn, to win and to take. Cascadia Cup is one of them. … This match has something more into it that gives us motivation to play.”