Timbers on the prowl with Earthquakes up next 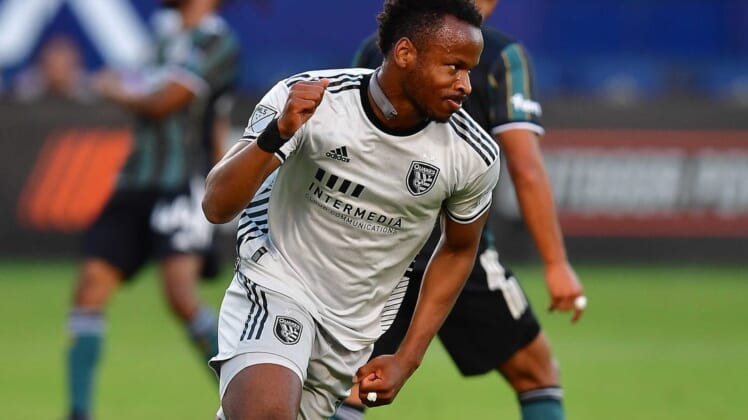 The Portland Timbers aim to extend their unbeaten stretch to seven games when they host the San Jose Earthquakes on Saturday night.

Portland is 3-0-3 during its hot stretch, which includes Sunday’s 1-1 home tie with the Vancouver Whitecaps. Felipe Mora scored Portland’s goal on a penalty kick in the 82nd minute.

It marked the fifth straight game in which the Timbers (6-6-9, 27 points) converted a penalty kick. No other MLS team has done so in more than three consecutive matches.

While Portland is moving up the standings in the Western Conference, the Earthquakes (5-8-7, 22 points) are staying near the bottom. Only Sporting Kansas City (20 points) has fewer points than San Jose in the West.

The Earthquakes had a chance at a victory Sunday before allowing goals in the 71st and 76th minutes as the Houston Dynamo rallied to a 2-1 road win. Jackson Yueill scored San Jose’s goal in the 53rd minute.

General manager Chris Leitch was dismayed with the setback but said the team will not be waving the white flag on the season.

“We’re going to be committed to making the playoffs until mathematically we’re out of them, full stop,” Leitch said during a conference call with reporters. “That’s a goal of this club every single year. …

“This club never says die. This club will always be focused on trying to achieve that goal of making the playoffs again until we’re mathematically eliminated.”

Earthquakes star Jeremy Ebobisse is tied for third in MLS with 11 goals. San Jose acquired Ebobisse 11 months ago from Portland and he has yet to find the back of the net against his former teammates.

Ebobisse was scoreless on Oct. 27 of last season when the Earthquakes fell 2-0 in Portland. He had an assist during San Jose’s 3-2 home win over the Timbers on May 17.

Jaroslaw Niezgoda leads Portland with seven goals. He has four over the past five matches.

“Jaro is starting to show who he really is. I think he’s been looking more comfortable, more like himself,” Timbers coach Giovanni Savarese said. “Now we’re finally seeing the best version of him.”