Timbers bid to get back on track vs. Sporting KC 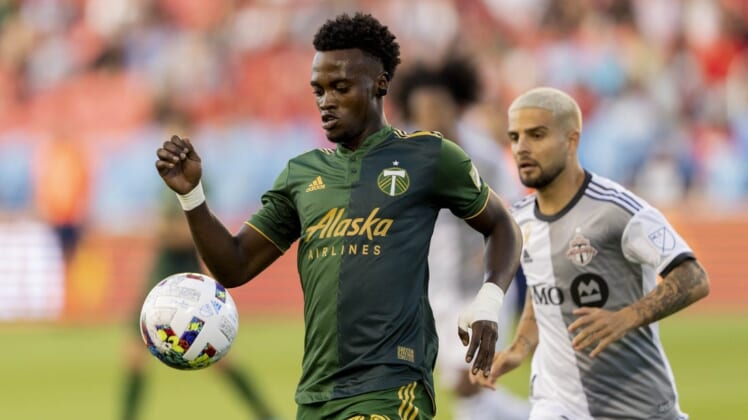 The Portland Timbers will hope for history to repeat itself as they aim to get back on track when they visit Sporting Kansas City on Sunday.

The Timbers (7-7-12, 33 points) are coming off a 3-1 loss to Toronto FC last week, snapping their 10-game unbeaten run. Two weeks before their previous loss on May 28, Portland exploded for a 7-2 home win against Sporting Kansas City, the most goals the club has scored in a game in its MLS history.

Portland dropped below the playoff line in the Western Conference after falling to Toronto. The club sits in 10th place heading into the weekend, tied with three other clubs at 33 points.

And while Sporting Kansas City (6-15-5, 23 points) sit last in the West, the Timbers will proceed with caution.

“I’ve been saying every match is crucial for us,” Timbers coach Giovanni Savarese said. “There’s not an easy match. Kansas City is a team that has shown to stay competitive, and we know it’s going to be a difficult game. It always is a difficult game every time that we go there. This is a team that is going to continue to battle to stay competitive.”

Midfielders Sebastian Blanco and Santiago Moreno and forward Dairon Asprilla are tied for second on the team with five goals each, but have just one combined goal in the past three contests, with Moreno tallying back on Aug. 3. Jaroslaw Niezgoda leads the Timbers with nine goals.

Sporting KC are feeling good about their offense after scoring seven goals in their past two games, including three goals in the opening half of each contest.

The production has been sparked by the additions of forward William Agada and midfielder Erik Thommy. Agada has three goals in four games with the club.

“When you have another guy in the midfield that has an attacking mind, you have another guy up front that is direct in his pursuit to go score, what happens is that now the other team can’t just concentrate on Johnny (Russell) and Daniel (Salloi),” SKC head coach Peter Vermes said.

While that output served them well in a 4-2 win against the Los Angeles Galaxy on Aug. 6, they failed to hold on to an advantage last week against Austin FC and fell 4-3 after giving up the go-ahead goal in second-half stoppage time.

“We had to be a little bit more brave,” SKC defender Andreu Fontas said of the blown lead. “Win the ball, keep the ball, get some long possession.”