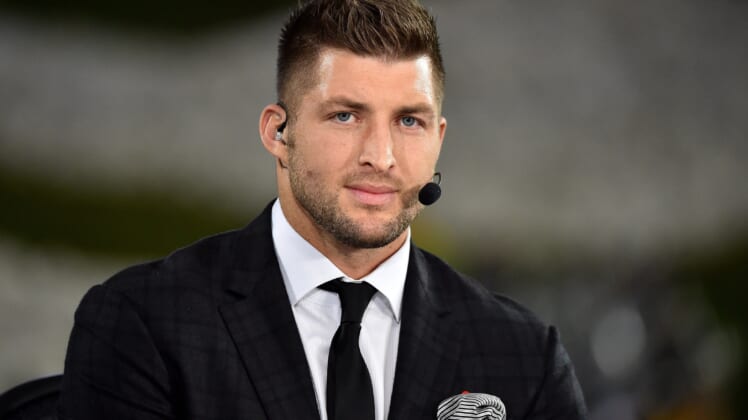 The spectacle that is ESPN’s College GameDay brings us hilarious signs every week. Tim Tebow was the target of one sign Saturday morning as the crew settled in at Columbus, Ohio, waiting for the big Oklahoma vs. Ohio State game Saturday.

Tebow had a mixed bag of a first MiLB season. As the sign behind him reads, he batted just .226, which isn’t great. It’s even less impressive considering he was playing in the low minors. However, the former Heisman Trophy winner and NFL quarterback did show off some impressive power at times and made some plays in the field that wowed those in attendance.

Now back in his role as analyst for ESPN’s College GameDay, Tebow will likely see more than one sign like this throughout the 2017 season.