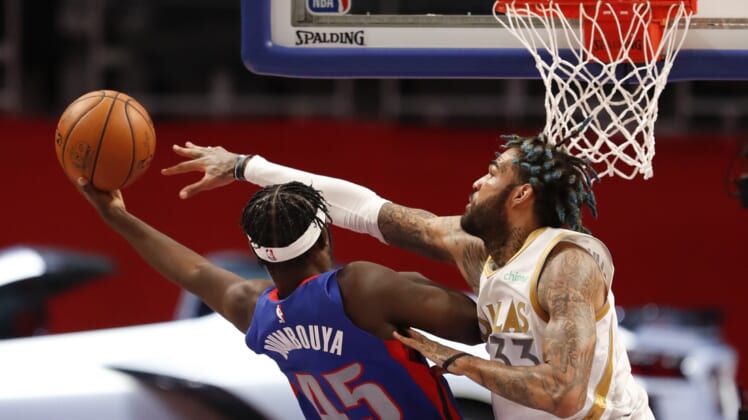 Tim Hardaway Jr. poured in a career-high 42 points and the Dallas Mavericks edged away from the host Detroit Pistons 115-105 on Thursday.

Hardaway shot 13-for-23 from the field, including six 3-point makes, and knocked down all 10 of his free throws. Trey Burke scored 15 points off the bench and Jalen Brunson had 13 points, six rebounds and four assists.

Rookie Isaiah Stewart scored a career-high 20 points and pulled down 10 rebounds for Detroit. Frank Jackson had 20 points off the bench, Saddiq Bey scored 18, Sekou Doumbouya contributed 14, Josh Jackson had 13 and Hamidou Diallo added 10 along with 10 rebounds.

The Mavericks led 60-54 at halftime. Neither side led by more than seven points during the half.

Hardaway had 17 points to lead Dallas prior to the break, while Stewart topped Detroit with 12 points.

A 7-1 Dallas spurt early in the second half established its first double-digit lead at 69-59. Detroit soon scored seven unanswered points, including five by Bey, to cut its deficit to three points.

Hardaway continued to carry the Mavs offensively but two Stewart 3-pointers in a 39-second span gave the Pistons a 102-101 lead.