Tim Donaghy: NBA will instruct refs to get NBA Finals to Game 6 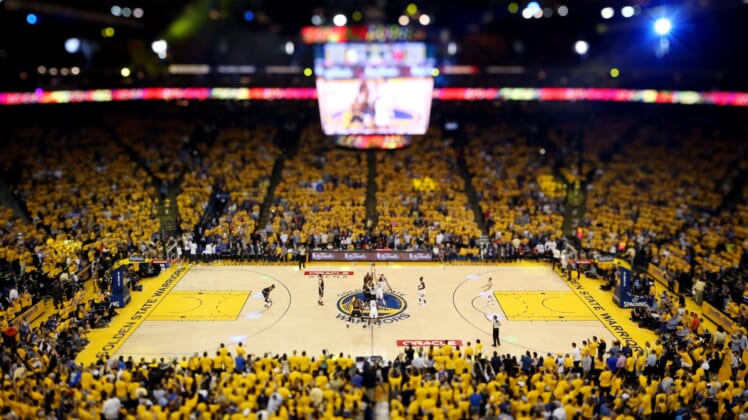 Tim Donaghy knows a thing or two about influencing the outcome of NBA games by means of officiating. The disgraced former NBA referee was busted in 2007 for betting on games he officiated as a means to come out ahead.

The next year, Donaghy alleged the NBA had instructed referees to extend the Western Conference Finals between the Sacramento Kings and Los Angeles Lakers in 2002, among other instances, as a means to influence how long the series went. Ultimately, the Kings ended up losing to the Lakers in Game 7 after a ridiculously one-sided officiating performance by the refs in Game 6, which the Lakers won.

Many people saw Game 4 of the current NBA Finals as a game officials purposefully controlled so as to extend the series, Draymond Green’s mother included.

And according to Donaghy, that’s going to continue in Game 5 Monday night.

Tim Donaghy on KNBR: The NBA will instruct the officials to get this to a Game 6 pic.twitter.com/ISsqOT5lOm

Dohaghy says the officials will probably make sure Green ends up in foul trouble early. He also concludes the NBA is going to do everything in its power to get the series back to Cleveland for Game 6, if not ensure it does everything possible to extend the series to seven games. He points to the ridiculous money ESPN paid for the rights to broadcast NBA games. Obviously, if the series is extended, it means more revenue for the league and the broadcasting company.

Whether you buy that story or not is up to you. However, given the way Game 4 was officiated so much differently than the rest of the series between the Golden State Warriors and Cleveland Cavaliers, we’re not willing to dismiss Donaghy’s allegations out of hand.