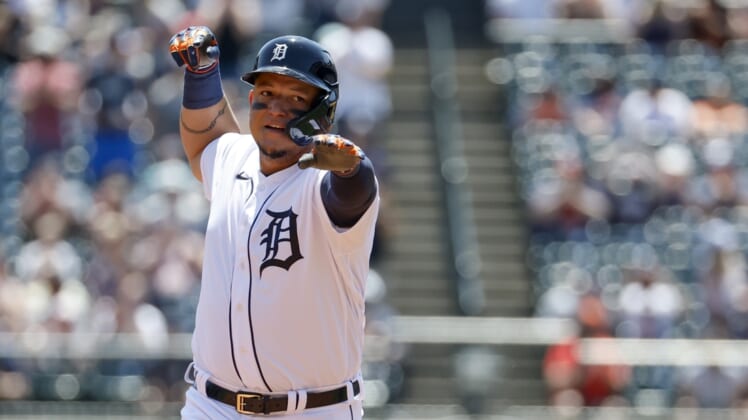 Tarik Skubal struck out 11 batters in six innings, Miguel Cabrera homered and drove in two runs and the host Detroit Tigers completed a three-game series sweep of the Baltimore Orioles with a 5-1 victory on Sunday.

Harold Castro supplied three hits, a run scored and two RBIs, while Tucker Barnhart contributed two hits and drove in a run. Detroit’s three-game streak is its longest of the season.

Tigers outfielder Austin Meadows departed after the first inning due to lingering effects from an inner ear infection. Another Detroit outfielder, Victor Reyes, was removed in the second inning due to a right quad strain. Reyes was injured running the bases after hitting a double.

Baltimore shortstop Jorge Mateo was removed for a pinch-hitter in the fourth inning due to shoulder and chest soreness. He collided with Detroit first baseman Spencer Torkelson in the second inning.

The Tigers took a 2-0 lead in the second.

Cabrera’s third home run of the season came on an 0-1 fastball from Wells. Cabrera clobbered it over the left-center field wall for his 505th career long ball.

With one out, Reyes pulled up gimpy after doubling to right. Pinch runner Derek Hill stole second before Harold Castro smacked an RBI single.

The Tigers made it 3-0 in the third. Javier Baez lined a one-out double to right. Following Willi Castro’s infield single, Cabrera hit a sacrifice fly to bring in Baez.

Skubal walked two batters with one out in the sixth, then notched his 11th strikeout against Anthony Santander before retiring Chris Owings on a popout.

Detroit tacked on a run in the seventh. Harold Castro led off with a triple and scored two batters later in Barnhart’s single.

Harold Castro added a bases-loaded single in the eighth.