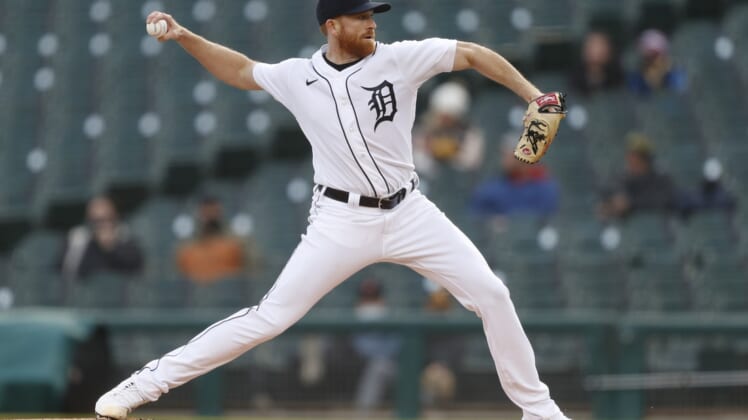 Jonathan Schoop and Niko Goodrum hit solo homers and the host Detroit Tigers snapped a five-game losing streak by defeating the Pittsburgh Pirates 5-2 in the second game of a split doubleheader on Wednesday.

Spencer Turnbull (1-0), making his season debut, allowed just one run on two hits and two walks while striking out six in five innings. Gregory Soto recorded the last three outs of the seven-inning game, including two strikeouts, for his second save.

Goodrum scored two runs, and Willi Castro, Akil Baddoo and Harold Castro drove in one run apiece for Detroit. Willi Castro was the only player on either team with two hits.

The Pirates won the opener of the doubleheader 3-2 behind Tyler Anderson’s five innings of two-run ball.

In the nightcap, Phillip Evans hit his fourth homer of the season and Erik Gonzalez drove in the other run for Pittsburgh. Miguel Yajure, called up from the taxi squad, took the loss in his first major league start. Yajure (0-1) allowed four runs on four hits in 4 1/3 innings.

Pittsburgh scratched out a run in the first inning after Turnbull retired the first two batters. Bryan Reynolds walked, Colin Moran advanced him with a bunt single and Gonzalez hit an RBI double.

Goodrum knotted the score in the third with his second homer of the season, drilling a fastball to the opposite field over the left-center fence.

Schoop gave Detroit the lead in the fifth with his 403-foot blast over the left field wall. One out later, Goodrum drew a walk. Goodrum was running when Baddoo ripped a changeup to right off Yajure. Goodrum came around from first to score as Baddoo slid in safely to second.

Yajure walked the next batter, ending his night. With two outs, Willi Castro smacked a single to center to knock in Baddoo for a 4-1 lead.

Evans cracked a solo homer against Bryan Garcia to lead off the sixth, cutting the Tigers’ lead to two runs.

Detroit got that run back in the bottom of the inning. Wilson Ramos doubled and advanced to third on a wild pitch. Pinch runner Victor Reyes scored on Harold Castro’s single to center.