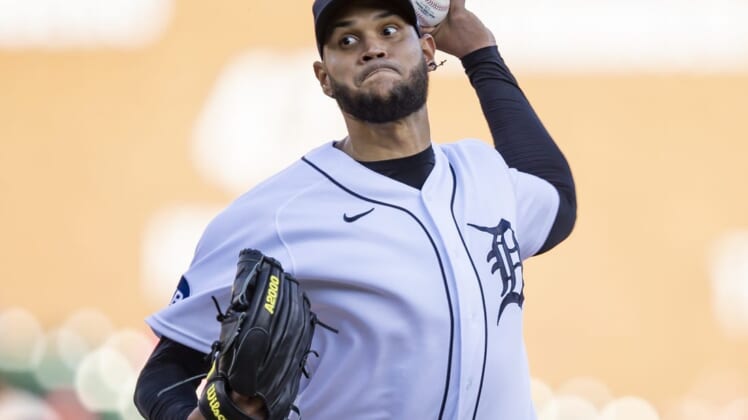 The Detroit Tigers reinstated left-hander Eduardo Rodriguez from the restricted list Friday, while right-hander Wily Peralta was designated for assignment.

Rodriguez, 29, is 1-3 and has a 4.38 ERA over eight starts in his first season with the Tigers after signing a five-year, $77-million contract. He went on the injured list in May with an abdominal injury before landing on the restricted list.

Peralta, 33, is 2-0 with a 2.58 ERA in 28 appearances (one start) for the Tigers. The veteran signed a minor league deal with the Tigers in the offseason and was called up to the major leagues in April.