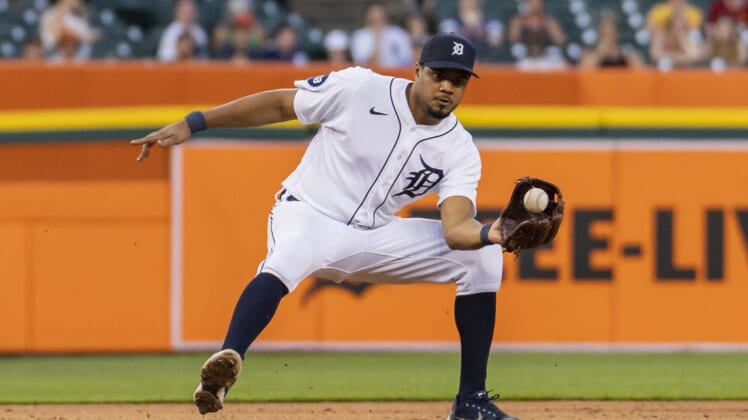 The Detroit Tigers placed third baseman Jeimer Candelario on the 10-day injured list Tuesday due to a dislocated left shoulder.

The move was retroactive to Monday.

Detroit filled the opening by activating outfielder Austin Meadows from the IL. Meadows (vertigo) last played on May 15.

Meadows is slated to bat fifth and play right field in Tuesday night’s road game against the Pittsburgh Pirates.

The 27-year-old was acquired by the Tigers shortly before the start of this season.

Candelario was injured while making a diving attempt to snare a line drive in Sunday’s loss to the New York Yankees. The ball deflected off his outstretched glove.

The 28-year-old Candelario has struggled with his bat this season, hitting just .181 with five homers and 17 RBIs in 52 games. His five blasts tie for the team lead.

Last season, Candelario tied for the major league lead with 42 doubles. He batted .271 with 16 homers and a career-high 67 RBIs in 149 games.