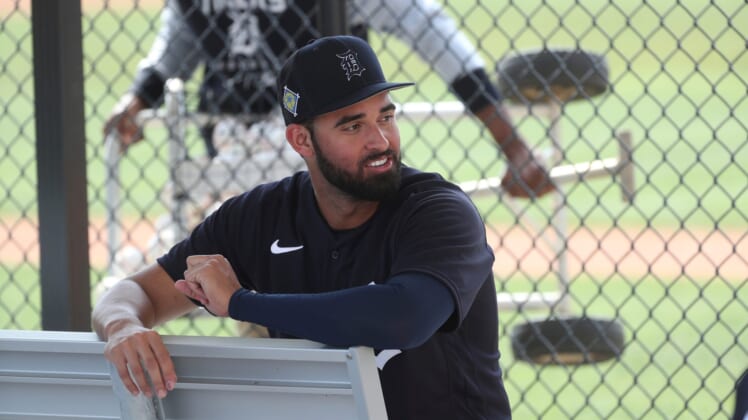 Rookie Riley Greene, projected to start in center field for the Detroit Tigers, has a fracture in his right foot and will miss the start of the season.

The injury occurred Friday when he fouled a Gerrit Cole pitch off the inside part of his foot in the team’s 6-2 loss to the New York Yankees.

Manager AJ Hinch told reporters Saturday that Greene is wearing a protective boot and that surgery isn’t currently planned. No timeline for his return was given, and Hinch said he will be re-evaluated in a few weeks.

“I feel for him,” Hinch said. “He was having a great spring, he was trending all in the right direction. He’s super energetic, great kid, great attitude. He’s taking this news as positive as he can. … Truly disappointed for him and our organization.”

Victor Reyes, Willi Castro and Eric Haase could be in line to replace Greene.