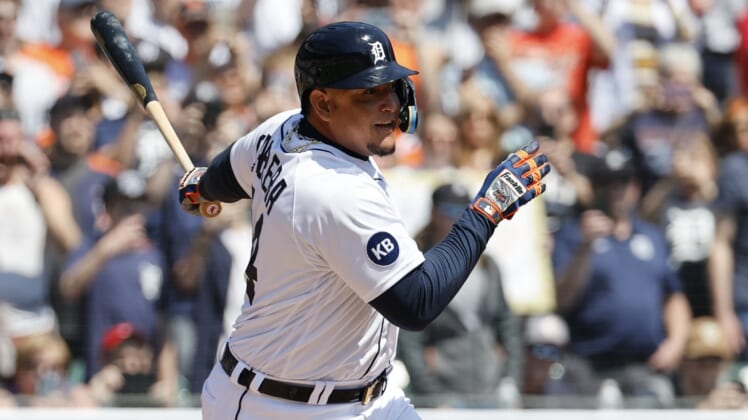 Cabrera, 39, is the 33rd major league player to reach 3,000 hits and the first Venezuelan player to do so.

“Seeing Miguel grow from a teenager taking batting practice on neighborhood fields in Venezuela to becoming one of the best players in baseball history has been one of the great joys of my life,” Tigers executive vice president and general manager Al Avila said in a statement. “His humility, passion for having fun and genuine love of the city of Detroit are completely unmatched and joining the 3,000 hit club only strengthens his standing as one of the game’s all-time greats. This is a tremendous accomplishment, and we know there are many more exciting times on the horizon.”

“Congratulations to Miguel Cabrera on his 3,000th career hit! Like Tigers fans, I’ve been proud to witness Miggy’s amazing and historic 3,000 hit and 500 home run milestones, putting him among a select few MLB legends. I thank Miguel for a career of exciting, Hall of Fame caliber play towards our objective of championship baseball for Tigers fans. Miggy has and continues to build his status as one of the greatest Tigers of all-time.”