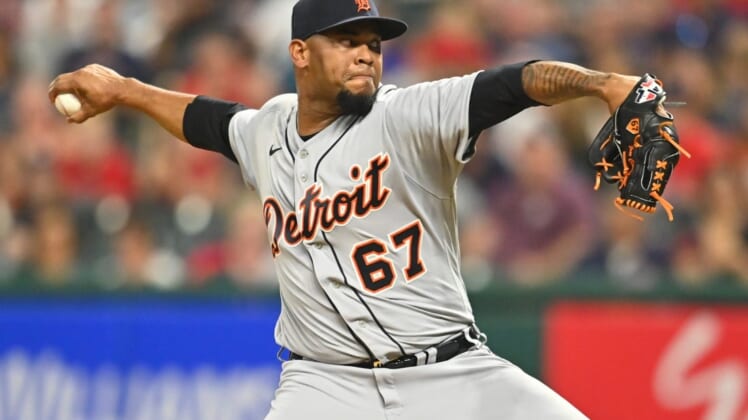 Cisnero, 33, has yet to appear in a game this season after sustaining a right shoulder strain in early April. He also suffered a swollen Achilles tendon in his first rehab assignment with Triple-A Toledo.

“He’s a reliable strike thrower, which means he’ll probably walk the first hitter now that I said that,” Tigers manager A.J. Hinch said of Cisnero, who appeared in six games with Toledo.

“But he’s been able to get lefties and righties out. He’s been a durable guy up until bad luck this spring. He’s a commanding presence in our bullpen and around our team. We had him pitching in winning games, which speaks to what he can do an opposing lineup.”

Cisnero is 9-13 with a 3.96 ERA in 164 career relief appearances with the Houston Astros and Tigers.

Carlton, 26, has registered a 2.08 ERA without recording a decision in five appearances this season with Detroit.