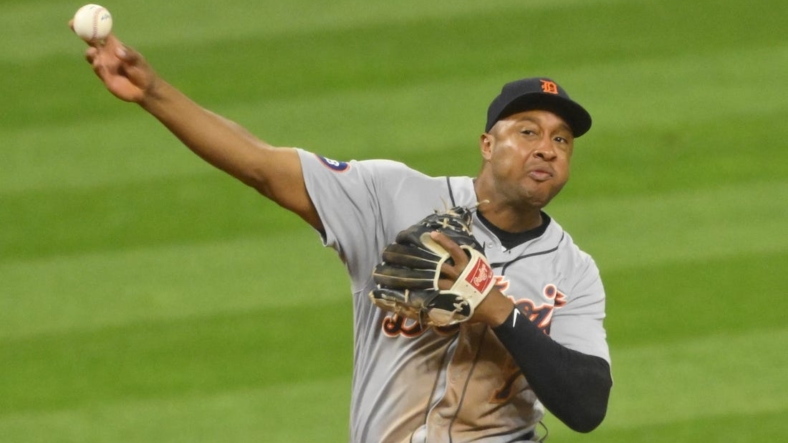 Schoop has been sidelined since sustaining a sprained right ankle on Aug. 20. He went on the IL three days later.

Castillo, 27, pitched 3 2/3 scoreless innings in three appearances for Detroit. He is 5-1 with a 1.65 ERA in 42 appearances between Double-A and Triple-A this season.