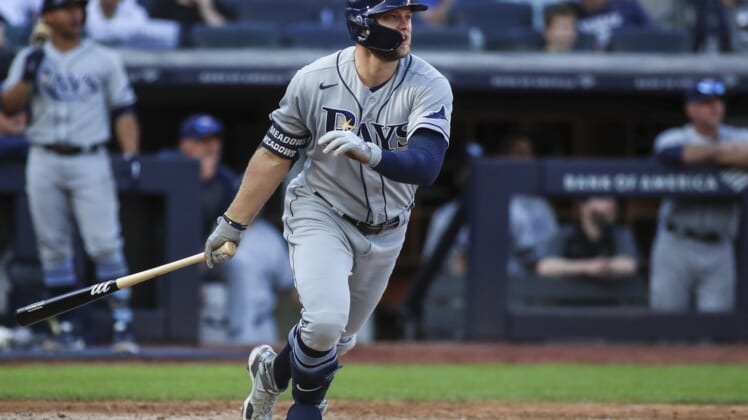 Austin Meadows, one of the American League’s RBI leaders last season, was acquired by the Detroit Tigers on Monday in a trade with the Tampa Bay Rays.

Detroit sent infielder Isaac Paredes and a competitive balance round B pick in the 2022 draft to Tampa Bay in exchange for Meadows, 26.

The move comes a day after Meadows exited a spring training game due to soreness on both quadriceps. Meadows told reporters on Monday that he was optimistic for the Rays’ season opener on Friday against the visiting Baltimore Orioles. The Tigers also open on Friday, against the visiting Chicago White Sox.

Meadows also set a Rays franchise record in 2021 with 19 game-winning RBI, the top total in the majors.

It remains to be seen where he will fit in with the Tigers. Detroit appeared set on an outfield of Akil Baddoo, Victor Reyes and Robbie Grossman with Miguel Cabrera at designated hitter before the Monday deal.