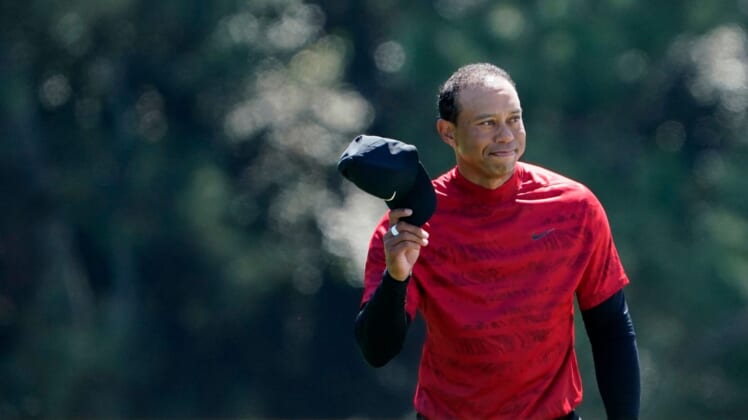 Tiger Woods is playing a practice round Thursday at Southern Hills Country Club in Tulsa, Okla., the site of next month’s PGA Championship.

Golf Digest reported that Woods intends to play in the season’s second major, May 19-22, barring any physical setbacks. Woods won the 2007 PGA Championship at Southern Hills.

Woods is walking all 18 holes Thursday and has Southern Hills head professional Cary Cozby as his caddie for the round.

Tiger Woods at Southern Hills. Here he is teeing off on the first hole. Tiger's first shot of the day. pic.twitter.com/tf69y5IJth

Woods is coming off a 47th-place finish at the Masters, his first official event since the February 2021 crash in Los Angeles in which he suffered a serious leg injury that nearly ended his career.

Woods previously committed to playing The Open at St. Andrews in July and the JP McManus Pro-Am in Ireland 10 days prior. However, he has been mulling whether to play both the PGA Championship and the U.S. Open in June.

He entered both majors, a formality to give himself the option of playing.

After Tulsa, Woods is heading to Las Vegas, where he will host Tiger Jam this weekend, the annual fundraising event for his charity, the Tiger Woods Foundation.