Tiger, Charlie Woods claim team event? You can bet on that 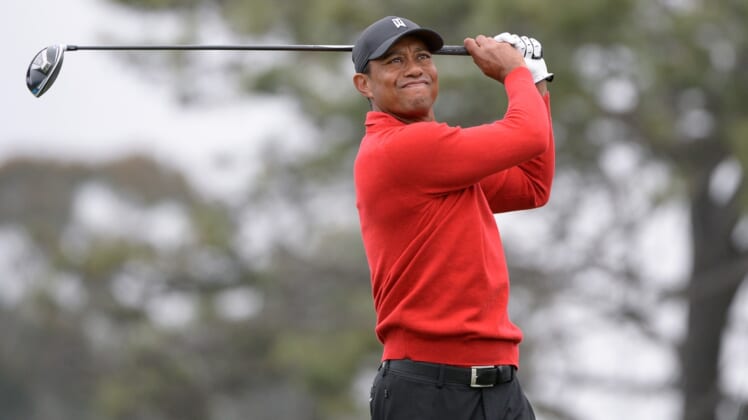 Odds being offered by one sportsbook say he and son Charlie are also heavy underdogs to best the other 19 teams in this week’s PNC Championship. The annual winter team event pairs a major champion with a family member.

Woods readily admits he is nowhere near close to being able to compete in a PGA Tour event. But he will return to the course this week with Charlie, now 12, after teaming together for a seventh-place finish last year.

Team Woods is being offered at +1000 to win by SportsBetting.ag, which is tied for the sixth-shortest odds in the field. That’s still well behind the returning victorious team of Justin Thomas and his father Mike, who are heavy pre-tournament favorites at +180.

Vijay Singh and son Qass finished one stroke behind Team Thomas last year but are returning as +1400 longshots by the sportsbook.

Team Singh will make its 15th start at the PNC Championship since 2003.

That still falls far short of Team Trevino — 82-year-old Lee Trevino is the only player to have competed in all 23 previous PNC Championships and will tee it up this week with son Daniel.

The event used a scramble format that allows both team members to hit a tee shot and then select the preferred shot.

This will be the first time Woods tees it up in front of the public since this event last year.