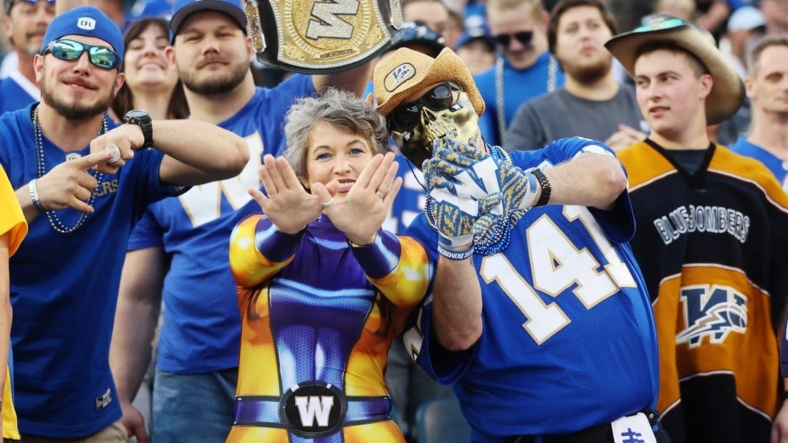 Dane Evans will return from a shoulder injury to quarterback the Hamilton Tiger-Cats Saturday afternoon against the visiting Winnipeg Blue Bombers.

The Tiger-Cats (3-9) are coming off a bye week that followed a 28-8 home loss to the Toronto Argonauts on Sept. 5.

Evans was in uniform for that game but did not play for Hamilton, which had Jamie Newman under center. Backup quarterback Matthew Shiltz has been sidelined with a broken bone in his wrist and is listed as questionable for Saturday.

Tiger-Cats coach Orlondo Steinauer said Evans is ready to play against the Blue Bombers (12-1), who defeated host Hamilton in the 2021 Grey Cup final.

“I think rest in general is good for any player,” Steinauer said. “What he’s battled through, I think it is beneficial. I like the way he’s looked this week.”

The Blue Bombers defeated the visiting Tiger-Cats 26-12 on June 24. Zach Collaros again will be the Winnipeg quarterback.

The Tiger-Cats were looking at other changes for their offense. Running back Wes Hills, who has played one game this season, moved ahead of Don Jackson during practice this week.

“We’re tinkering with some lineup things,” Steinauer said. “Don is a little nicked, he’s pushed through, but he’d be healthy enough to go, too.”

The Blue Bombers are looking forward to a return to the scene of their overtime championship victory.

“I’m looking forward to it,” receiver Rasheed Bailey said. “The last time I was there, we were holding the Grey Cup.”

While the two teams have gone in different directions this season, Blue Bombers coach Mike O’Shea feels that his players will maintain their focus.

“This group gets focused very quickly,” he said. “They have their fun in practice and during the day, and when it’s time to work, they work. The group of leaders we have keeps the train on the track.”