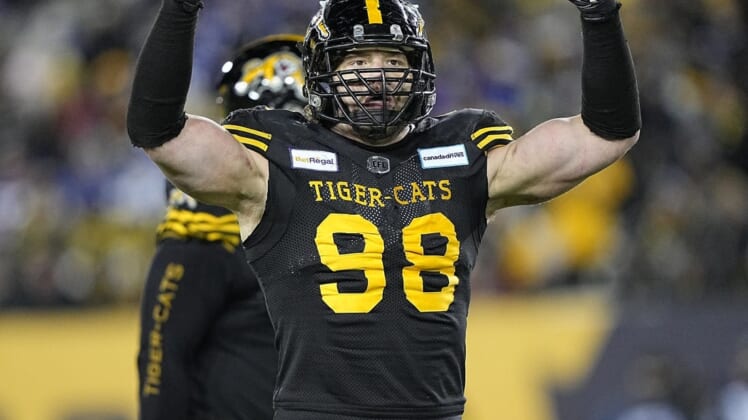 When the Hamilton Tiger-Cats play the visiting Montreal Alouettes Thursday night, it will be their first of six straight games against the two teams they trail in the East Division.

“The record, we’re not proud of,” Tiger-Cats receiver Bralon Addison said. “We have to find a way to put it all together. The race for the East starts now.”

“It’s simple, we’re 1-and-5; that’s what we are,” Tiger-Cats coach Orlondo Steinauer said. “We’ve been in every football game, and that’s important because that’s kind of the difference between wholesale changes and tweaks.

“We have to take the ball away more, we have to not turn it over and we have to score when we have scoring opportunities and that doesn’t always include field goals.”

Mayala feels that since Anthony Calvillo took over play-calling two weeks ago, he is getting more opportunities.

“I feel like now there’s a lot of movement,” he said. “And it puts guys in different positions. It gives different guys the opportunity to do the things that they’re good at.”

The Alouettes converted just 5-of-14 chances in the red zone in their first four games, but that has improved.

They scored five red-zone touchdowns in Ottawa and four against the Edmonton Elks a week earlier.

“For us, it was just about getting in there,” Mayala said. “I felt like a lot of times we’d get in there and get stopped, and now we get there, and the mentality isn’t to come out with three (points), it’s about coming out with six (points), and I feel like we’re doing a good job. We’re 9-for-11 (in the last two games), but I feel like we could be 11-of-11.”