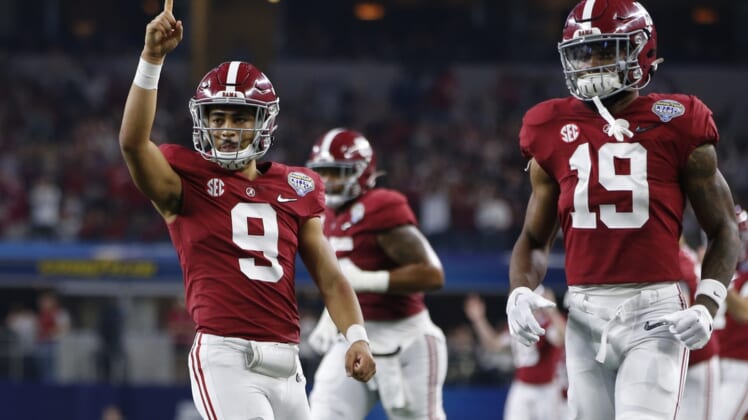 Alabama is proving to be a very popular underdog as the Crimson Tide prepare to defend their College Football Playoff national title.

Georgia opened as a 2.5-point favorite last week and has moved to a 3-point favorite at several sportsbooks less than a week before the Jan. 10 clash in Indianapolis.

The Bulldogs were trounced 41-24 by the Crimson Tide in last month’s SEC Championship Game. That has no doubt contributed heavily to top-ranked Alabama being backed by 66 percent of the bets and 53 percent of the spread-line handled at BetMGM.

The action has been far more lopsided at DraftKings, where the Crimson Tide are being backed by 71 percent of both the spread-line bets and handle.

The public is also expecting a high-scoring affair after Alabama blitzed Georgia’s previously dominating defense in the first meeting, when 65 total points were scored.

The Over/Under is currently 52.5 points at both sportsbooks. The Over is being supported by 60 percent of the bets and 81 percent of the money at BetMGM and 68 and 69 percent, respectively, at DraftKings.