Before you read any further, quickly go outside, close your eyes and take a deep breath. Did you smell it? That’s the NFL regular season. As is the case every year (well, almost every year), the defending Super Bowl champions open the season on their home field. The Seattle Seahawks will welcome the Green Bay Packers to CenturyLink Field on Thursday night.

Here is Sportsnaut’s first preview of the 2014 NFL season.

Of course, the big story heading in to this game will be the famous Fail Mary game between these two teams in 2012, the last time they played a regular season game against one another. Fortunately for everyone, we’ll see real referees for this game. We will also see two real good teams.

Last year’s season opener resulted in seven touchdown passes by Peyton Manning, as the Denver Broncos walked all over the then defending champion Baltimore Ravens. Like the Ravens, the Seahawks lost some key players after winning the biggest game in all of sports. The difference between the Ravens of 2013 and the Seahawks of 2014, the latter is still scary good. And the Packers have a chance to be just as good.

The league’s best defense will line up against one of the league’s best offenses. Both teams are expected to finish at or near the top of the NFC this year. They have superstars on both ends of the ball and great coaching. It should be a dynamite game, start to finish and could very well be a deciding factor come playoff positioning time. 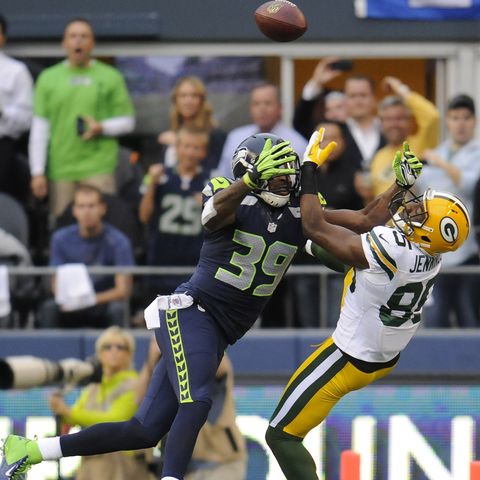 Seattle’s defense vs Packers offense: As mentioned above, this is clearly the best matchup to look forward to. Quarterback Aaron Rodgers and the Packers are coming off an injury-filled season (Rodgers missing seven games with a broken collar bone) and are out to prove they’re still an elite NFC team. Will Rodgers mirror Manning’s seven touchdowns during the season opener? Potentially. But it likely won’t come in a route of the Seahawks.

Seattle will still rely on its defense. After investing $56 million over four years to cornerback Richard Sherman, the Seahawks realize their defense is their identity. That’s a lot of added pressure to a team who will need non stars to step up in the absence of guys like Brandon Browner. It’s hard to imagine Pete Carroll’s team not getting the most out of guys who are ready to become big time players in the NFL, so that should be something to pay attention to. No question, Rodgers will have to be on his game to give the Packers any shot at winning this game.

Lets not forget what transpired earlier this week between Seahawks’ linebacker Bruce Irvin and Packers’ rookie center Corey Linsley. As ESPN.com reported, Irving had this to say about Linsley:

I’m going to pray for him, Irvin told reporters Tuesday. It’s going to be a long night, man. We’ve got to just take advantage of it.

Irvin has a point. Linsley was just named the starting center and hasn’t snapped a ball in a real NFL game yet. It’ll be important that Linsley and Rodgers are on the same page. As Rob Demovsky of ESPN.com pointed out, the Packers don’t seem to be worried. I mean, we all remember what happened to Peyton Manning in the Super Bowl right? I’d be worried.

Both of these stars got paid this offseason. And now it’s time to show everyone why. We all know what Sherman is capable of when it comes to shutting down top wide receivers. After getting paid the big bucks, the question now becomes “is Sherman that good, or is he a result of a great defensive scheme…or does it not matter?”

The same can be said regarding Nelson. He’s always been a big, physical receiver with decent speed. If he stays healthy, he’s a great receiver for Aaron Rodgers to have. The concern with Nelson is whether he can be worth the big dollars if something catastrophic were to happen to Rodgers (again). In a similar question to Sherman, is Nelson that good? Or is he the result of a great system with a great quarterback? We’ll have to wait and see. 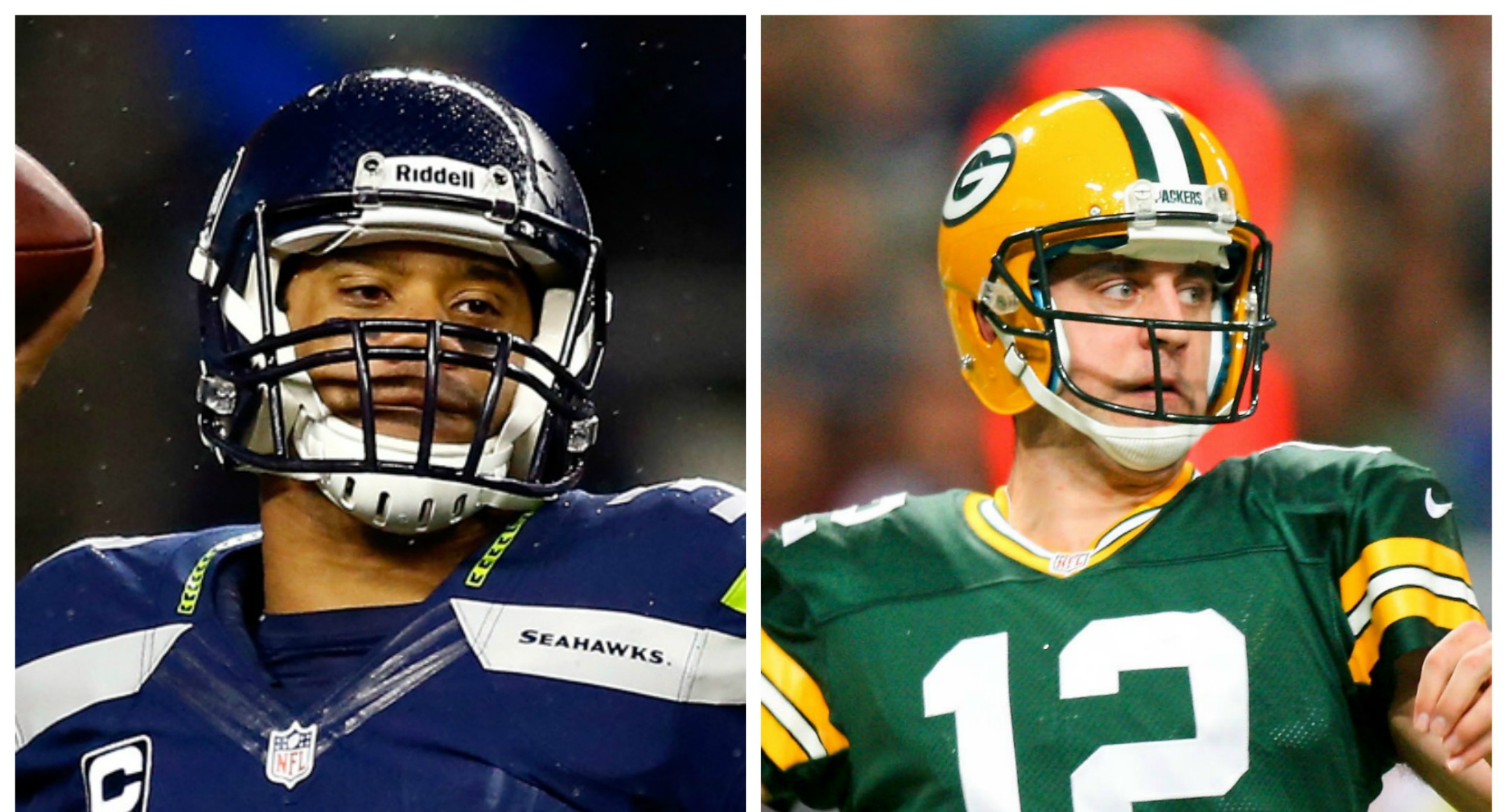 The new “golden boys” of the NFL start the season off right. Neither is showy, flashy or worried about themselves. They want to win and they want to win now. Both guys control their offenses and are looked to as the clear-cut leaders of their teams. It’ll be interesting to see who plays better; Rodgers vs a tough defense, or Wilson vs a softer defense. Regardless, it’ll be fun to watch two of the better quarterbacks in the league square off to open the season.

The biggest loss the defending champs took was the loss of tackle Beno Giacomini from the offensive line. When healthy, Giacomini was a valuable asset to the powerful running game that Seattle had 0built. Originally drafted by the Packers (boy, could they have used him the past few years), Giacomini had found a home with Carroll’s team. So we thought. Giacomini is now with the New York Jets, so Seattle will look to rely on Justin Britt (Rookie – Missouri) and second-year player Alvin Bailey (2nd year – Arkansas) as their solution at right tackle. 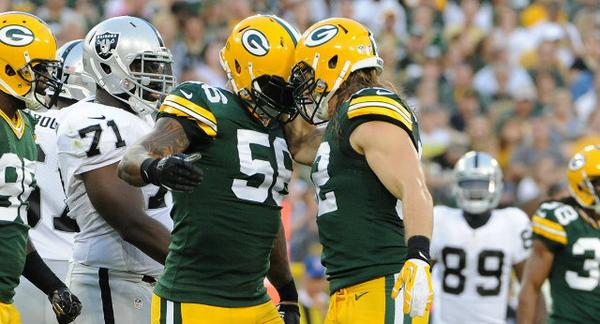 The ever moving 3-4 defense of the Packers will have their work cut out for them. With linebacker Clay Matthews healthy, the defense immediately improves from last year. With some new faces like former Minnesota Viking Letroy Guion replacing the big time bust of B.J. Raji at nose tackle. Add into the equation former Chicago Bears defensive end Julius Peppers, and the Packers’ defense will have to come together awfully quick if they plan on sneaking away from Seattle with a victory.

Players with a Purpose

Harvin was supposed to be the weapon Seattle needed last year to make a title run. Instead, he barely played. As in one game, one catch…17 yards. Often injured, Harvin did return for the playoffs but wasn’t much of a factor until the Super Bowl, when he returned a kickoff for a touchdown. No question that Harvin is dangerous when he’s on the field, but another injury filled season and Harvin will start getting the “bust” lable. He’s getting paid to be a play-maker and this is the year Seahawks players, coaches and fans hope he does that.

The Packers have high hopes for Lacy. As a rookie, he was given every opportunity to become the “lead back” that Rodgers has been pleading for. Following some early-season injury issues, Lacy proved to be a terrific running back. Lacy played in 15 games and rushed for 1,178 yards, along with 11 touchdowns. Eight of Lacy’s 11 scores came in the second half. The former Alabama running back has dealt with nagging injuries in the past, but it’s obvious what he can do when he’s healthy. There’s no reason to think Lacy won’t take some big steps forward in 2014, but his first test may be his toughest.

Everyone loves Wilson. He’s been a pleasant surprise after the Seahawks drafted him in the third round of the 2012 NFL draft. No one really expected him to be the leader of a Super Bowl championship team in his second year. He does exactly what Seattle needs him to do. Carroll and his coaching staff have stated they would like to see a more balanced attack on offense, already knowing they can run. Wilson can really up his reputation as one of the league’s best signal callers if he grows as a passer. He’ll be tested early with a new look offensive line.

The heart and soul of the Seahawks the past few years has been Lynch. A castaway as part of the Buffalo Bills, Lynch found his home in Seattle. He’s a bruiser and a workhorse. Of course, after winning a Super Bowl, often times guys think they need to be rewarded financially for such a feat. What appeared to be a nasty situation of Lynch holding out and the Seahawks calling his bluff, the eight-year veteran was back in camp and focused on the season.

Lynch has 41 of his 58 career touchdowns while wearing a Seahawks jersey, and he’s only 28 years old. He’s got plenty of reasons to (outside of trying to win another Super Bowl) go out and have his best year of his career in 2014. The Packers should be worried about an angry Lynch. 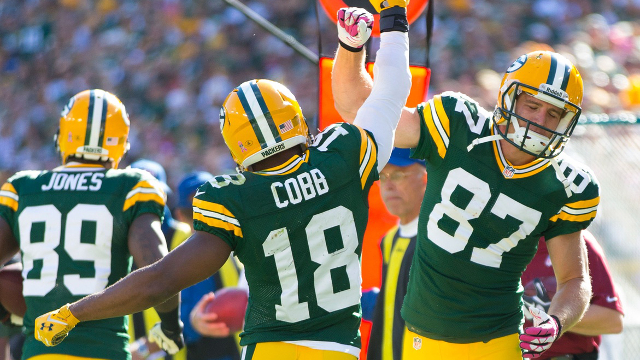 Jordy got paid, Cobb is healthy and Boykin has been named as Rodgers’ third “guy,” which historically has been a great “guy” to be. The question for 2014 and beyond, is can this receiver corps get the results of previous groups under Rodgers? With no threat at tight end, Rodgers will be looking to his receivers often. A good performance vs the Seahawks’ secondary would bring a lot of confidence to Packerland.

I totally whiffed on my Super Bowl prediction as I doubted the Seahawks. I no longer doubt them, they are legit. Do they have some issues to patch up? Sure. But lots of teams do (the Packers being one of them). The Seahawks will take care of business at home, but the game will be closer than people expect. Rodgers will show why he’s considered one of the league’s best players, but it won’t be enough.