Three trades that would help the Miami Dolphins 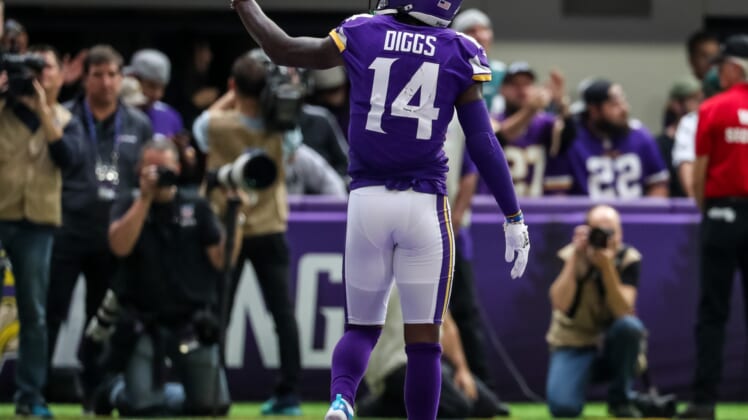 The Miami Dolphins enter the offseason with more resources to add talent than any other team in the NFL. Between their immense draft capital and their cap space, the Dolphins can pull off plenty of franchise-changing moves when the new league year begins.

We’ve highlighted the approach the Dolphins must take in free agency to finally emerge as a team on the rise. But a few marquee signings don’t have to be the only big moves made in Miami. The Dolphins boast 14 picks in the 2020 NFL Draft and will have more than $90 million in cap space after releasing Reshad Jones. That’s more than enough to pull off a few big trades during the offseason.

Here are three trades the Dolphins can make that would help them next season and beyond.

Trade the No. 26 pick to Kansas City for DT Chris Jones

Kansas City will place the franchise tag on its top defensive star, but there’s little room to keep him in their long-term plans financially. As a result, the Chiefs could shop him this offseason and the Dolphins are the perfect fit for a huge trade. Whereas most NFL teams might not be willing to both deal their lone first-round pick and give out a huge contract, the Dolphins can easily afford to do both.

The Chiefs would be happy to get a first-round pick for Jones, especially given the depth of the 2020 draft class. As the latest mock draft highlights, the Chiefs could draft an offensive tackle or cornerback with the selection. Meanwhile, the Dolphins add a versatile weapon on the defensive line. Jones played a pivotal role in the Chiefs’ Super Bowl run and is one of the best defensive linemen in the NFL. Miami can give him a five-year, $105 million contract –- a deal it can easily afford –- and acquiring him only costs the last of their three first-round picks.

Diggs is one of the best receivers in the NFL, but he also causes drama for the Minnesota Vikings and has issues with Adam Thielen. While the Vikings are publicly opposed to trading Diggs, speculation around a trade heats up every few months and it only takes the right offer to change the team’s mind. In this case, the Dolphins are in a unique position once more to make a strong offer and convince a contender to move one of its best players.

Diggs could be happy in Miami. He’d be the team’s top receiver, would get to enjoy the nightlife in Miami and could play in an offense with a top rookie quarterback. The 26-year-old would also fit into the team’s timeline and gives their rookie quarterback a dynamic weapon to help him thrive. Diggs is under contract for the next four seasons, ranking 13th in average salary among his peers, making him an even better fit for the Dolphins. If there’s a chance for the trade to happen, the Dolphins should jump on it.

The first two trades are ambitious, but this third deal is one that could come together quickly. Just two seasons after drafting him with the No. 45 overall pick, the Packers are reportedly considering moving on from Jackson. Miami could hope he is released and to then land him on waivers, but possessing three fifth-round picks allows them to secure him now.

The Packers would happily accept either the Los Angeles Rams or Pittsburgh Steelers’ fifth-round pick from Miami. In exchange, the Dolphins can take a chance on a young corner that many considered a first-round talent in the 2017 NFL Draft. A change of scenery could be just what Jackson needs to revitalize his career. If it doesn’t work out, the move only cost Miami one of its late draft picks.

Miami’s new draft haul: While the Dolphins send out a 2020 first-, second- and fifth-round pick in this scenario, they can still dominate the 2020 NFL Draft. It might take them out of trading up for a quarterback, but that reportedly might not be part of their plans anyways.

As the latest mock draft shows, Miami can still address plenty of its crucial needs and come out of the 2020 NFL Draft feeling confident.

The bottom line: The Dolphins could play it safe this offseason and only devote their resources to free agency and the draft. However, they are in a unique position that allows them to trade for young, impact talent and still have additional pieces to build their foundation.

This could only be the beginning of Miami’s plans, with the potential to sign a top offensive tackle in free agency or find more help on the defensive side. Most importantly, though, these moves will make the Dolphins significantly better next season and allow the front office to stick to its plan of building a young core.

If the Dolphins could pull off these trades and dominate the draft and free agency, it would only be a matter of time before this team is a perennial AFC contender.