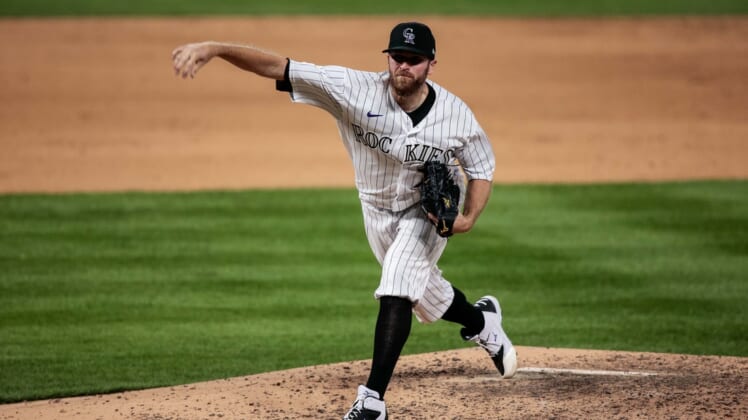 The Kansas City Royals selected the contract of right-hander Wade Davis on Sunday, guaranteeing the veteran’s salary for 2021.

Davis, 35, reportedly will earn $1.25 million guaranteed with an opportunity to earn an additional $1.125 million in incentives. He signed a minor-league deal in January with the hopes of securing his spot on the 40-man roster by the end of spring training.

During the past three seasons with Colorado, Davis racked up 60 saves. He also notched 47 saves with the Kansas City Royals and 32 saves with the Chicago Cubs.