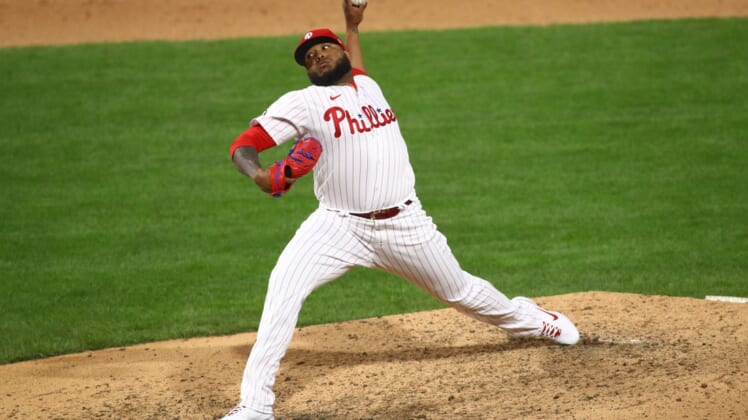 The Philadelphia Phillies placed left-handers Jose Alvarado and Matt Moore and infielder Ronald Torreyes on the injured list due to COVID-19 protocols prior to the team’s Monday night game against the visiting San Francisco Giants.

The Phillies recalled left-handers Cristopher Sanchez and Damon Jones and infielder Nick Maton from the alternate training site to fill the roster openings.

Maton made his major league debut at shortstop with starter Didi Gregorius sidelined with a right elbow injury. Jones and Sanchez haven’t appeared in a big league game.

“It’s obviously not what you want to go through as an organization, but you have to deal with it,” Phillies manager Joe Girardi said prior to the game. “You have to move forward. You have to continue to play well.

“Obviously, we have three kids that were called up that have never been to the big leagues. They’re going to be asked to play an important position at shortstop and to get outs. So, go get ’em.”

Girardi said he received his second COVID-19 vaccination on Monday.

The Phillies are also scheduled to host the Giants on Tuesday and Wednesday.