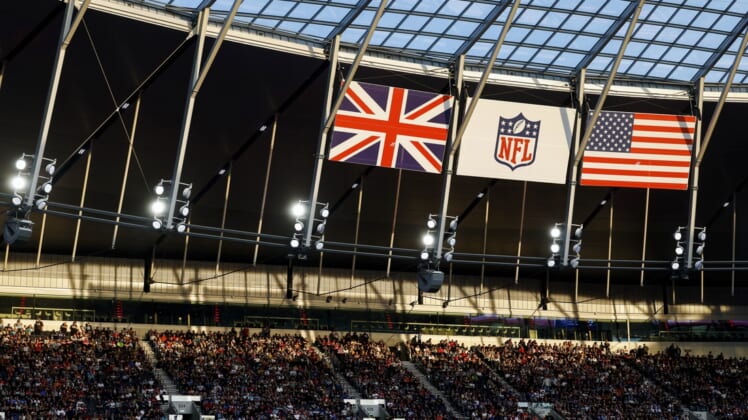 The NFL named Düsseldorf, Frankfurt and Munich as the finalists to host a regular-season game in Germany.

The league says it wants Germany to host its first game in either the 2022 or 2023 season.

“After an initial period in which expressions of interest were received from multiple cities, Düsseldorf, Frankfurt and Munich have been invited to proceed to the ‘candidate phase’ of the process,” the league said in a statement. “Those cities will now participate in deeper conversations about staging games in Germany.”

Gosper also said that the first German game would be “certainly no later than ’23.”

The NFL returned to London last Sunday with the Atlanta Falcons-New York Jets game after a one-year hiatus because of the pandemic.
Tottenham Hotspur Stadium will host the the Jacksonville Jaguars-Miami Dolphins game this Sunday.

The NFL has played 39 international regular-season games: 29 in London, six in Toronto, and four in Mexico City.