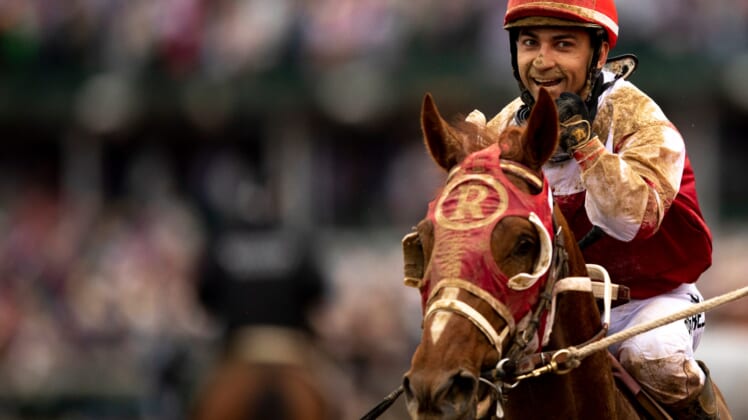 Jockey Sonly Leon celebrates atop Rich Strike after winning the 148th Kentucky Derby at Churchill Downs on Saturday, May 7, 2022, in Louisville, Ky.Kentucky Derby 75

The most exciting two minutes in sports felt like it lasted longer than just 120 seconds, with the 2022 Kentucky Derby going down to the very last moment as Lucky Strike came out of nowhere to take the lead and the purse.

There was a lot to soak in during the day’s festivities, here are the three biggest takeaways from the 148th Derby Day.

As usual, we saw the best hats in the world on full display for Saturday’s show at Churchill Downs. Hats you never imagine even existed featuring the wildest spectrum of colors on the wheel showed up in spades. Here are just a few of the more memorable pieces from the day.

Related: Kentucky Derby 2022: Everything you need to know

Rich Strike beat the odds, then tried to beat up the horses

Despite facing 80-1 odds heading into the Derby, Rich Strike became the second-longest shot to ever win the annual event. From the start of the race, few had their eyes on Sonny Leon riding the No. 21 horse, as they were nowhere near the leaders of the pack.

It didn’t take until the final turn for Rich Strike to kick it into high gear, striding past the other horses to get into first place. Once Rich Strike got into the lead, he would never give in, taking home the crown.

Afterward, just like we’ve seen from other athletes on the biggest stage, Rich Strike still had a lot of charged up energy. Shortly following the race, it took some unique methods to calm the horse down.

Like any major sports event, Twitter had a day with just about everything that occurred, even if the actual show doesn’t last as long as other popular outings. Still, it doesn’t take long to leave an impression.