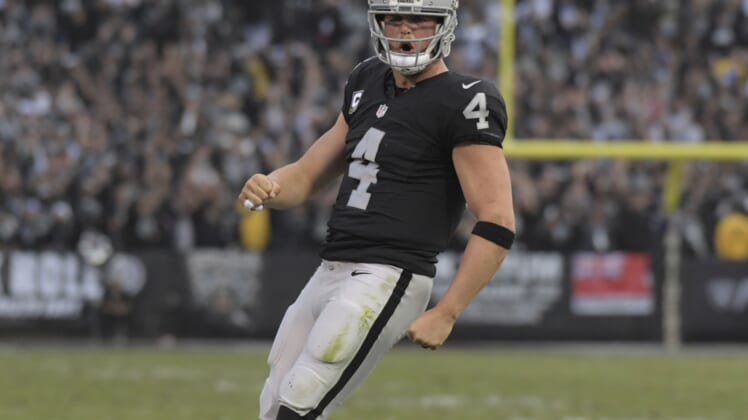 The Oakland Raiders just made quarterback Derek Carr the richest player in the league. So, what is Carr going to do with all of his newfound riches?

Carr asked what he’ll splurge on with $125 million contract: "Chick-fil-A”

Well, $125 million is going to buy multiple truck loads of “Chick-fil-A.” He could probably feed a whole country chicken sandwiches for life with this kind of dough.

Carr officially signed his extension with the Raiders on Friday. The $25 million per year he will earn now sets the bar for those quarterbacks next in line to receive extensions.

Under his original rookie contract, Carr was slated to earn less than $1 million in 2017. His production since being drafted in 2014 has steadily been on the rise. The Raiders are officially a red-hot team and Carr has now been paid accordingly as a result.

We wish him future success and happiness as a Raider for life. And, hopefully, Carr’s local “Chick-fil-A” can keep up with his frequent drive-thru visits.