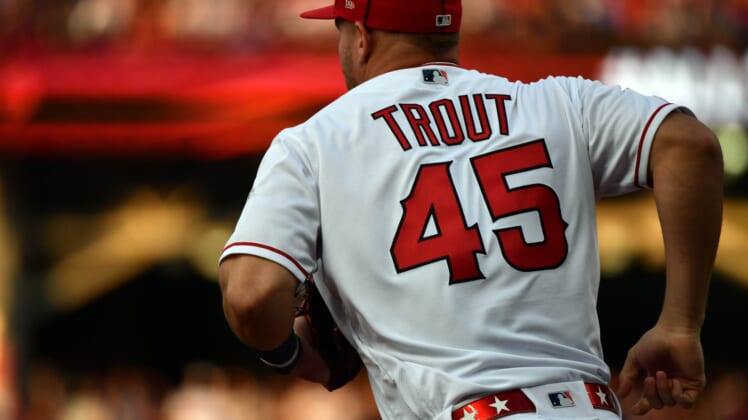 Los Angeles Angels outfielder Mike Trout could ultimately go down as one of the top-five players in the history of Major League Baseball.

What Trout has done while flying under the radar for a mediocre Angels team over the past nine seasons is already legendary. Still only 28 years old, Trout has earned two AL MVP awards and finished in the top two in voting six different times. Did we mention he’s in the midst of just his eighth full season?

This one stat details just how dominant the future Hall of Famer has been. He’s already matched Derek Jeter’s career WAR (wins above replacement) of 72.4. It took Jeter two decades to reach that mark.

Nothing amazes us about what Trout has been able to do. But this is absolutely ridiculous. A 14-time All-Star and five-time World Series champ, Jeter hit a robust .310 and tallied 3,465 hits throughout his career.

Trout’s overall performance has been more impressive than a player in Jeter who is largely considered the greatest shortstop of the modern era.

This season alone, Trout is hitting .298 with 41 homers and 96 RBI while boasting a .444 on-base percentage and 1.110 OPS. He leads the AL in six different major categories.