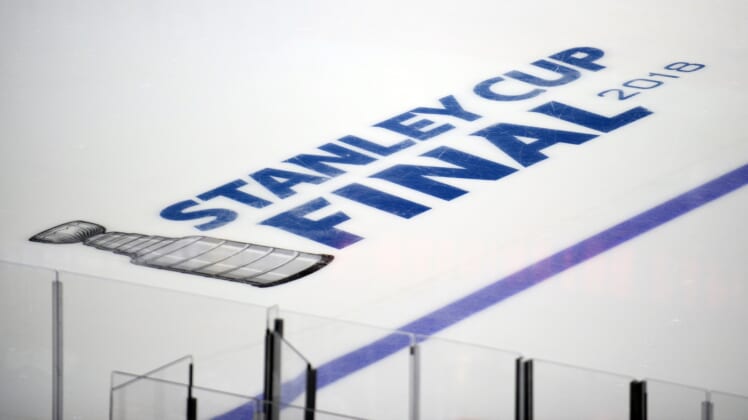 The NHL continues to move forward with its return-to-play plan, reportedly setting July 30 as its target date for the start of the NHL Playoffs. As teams prepare to return to the ice for training camp, a wave of positive COVID-19 tests could put the NHL’s return in jeopardy.

While there initially seemed hope that the puck could drop on July 30, a recent outbreak of the coronavirus among NHL players is now bringing that into question.

When I asked a league source about the qualifying rounds starting on July 30th, the date was based on no significant changes with COVID-19. As this past week has proven, there are now setbacks across the country with the COVID-19 pandemic getting worse. It’s a problem the NHL, and other top leagues, are experiencing with serious upticks in positive tests. Unfortunately for hockey fans, it could putt Phase 4’s start time in real jeopardy of being delayed.

Just last week, we learned Toronto Maple Leafs star Auston Matthews was among 11 players to test positive for the virus since Phase 2 began on June 8th. In Florida, a state experiencing one of the worst outbreaks, the Tampa Bay Lightning had to close their practice facilities after three players tested positive. In total, over 200 players were tested and some have also been retested. The NHL will provide weekly updates on testing results. Should the numbers increase significantly, they may need to push out the dates.

Where will the NHL Playoffs be held?

This weekend many of the league’s top insiders are reporting the NHL is expected to announce its two hub cities. According to Pierre LeBrun, the list has been narrowed down from ten cities to six and all three Canadian cities are in the mix. The other three are believed to be Las Vegas, Pittsburgh, and Los Angeles. It’s been widely reported that Vegas has already been chosen as one host location and now it appears the league is leaning towards Vancouver as its other hub city.