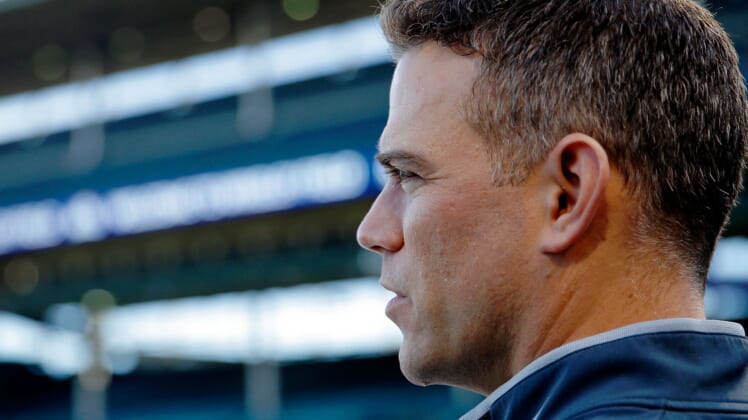 Many across the world are shifting the tassels on their hats in celebration of the next chapter of their lives this month. During graduation ceremonies, some have been lucky enough to have famous former graduates give commencement speeches. According to MLB.com’s Cut4, Theo Epstein was the latest to stand on stage and wish the future the best of luck.

Forbes’ ‘greatest leader in the world’ recently spoke to Yale’s graduating class, 12 years after he received his degree in American Studies from the Ivy League institution.

In his speech, he not only credited members of the Chicago Cubs fanbase who were in attendance but quoted Joe Maddon’s famous “if you look hot, wear it” quote.

1995 @Yale graduate Theo Epstein gave the Class of 2017 a 'Maddon-ism' during his commencement speech. https://t.co/qC4JA6uJgz pic.twitter.com/Pd8xwGhe0v

Epstein also reminded everyone that rain delays are a part of life, but that doesn’t mean you should ever give up.

He also mentioned his two sons, Jack and Drew, saying he will one day tell them that “some players go through our careers with our heads down.”

“Other players — and others amongst us — go through our careers with our heads up, as real parts of a team, alert and aware of others, embracing difference, employing empathy, genuinely connecting, putting collective interests ahead of our own. It is a choice.”

You can read the entire speech and class day remarks here on Yale’s Website.