The greatest NBA 6th Men, from McHale to Sweet Lou 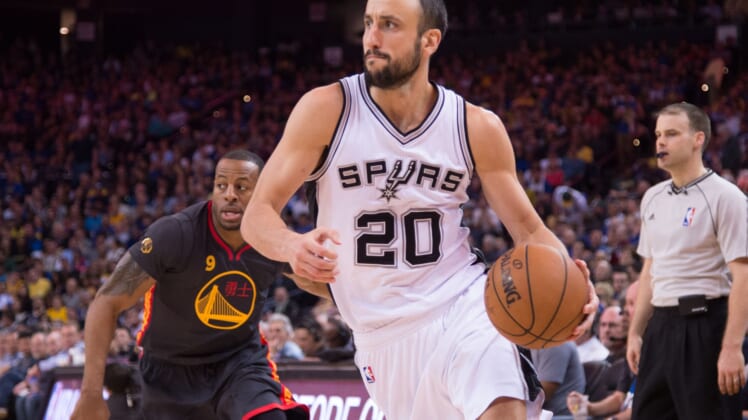 At the end of every NBA season, there are a plethora of players vying for the Sixth Man of the Year award, awarded to the best bench player.

The big picture: Throughout the years, the NBA has had many premier players elect to come off the bench to give their team the best chance to win. So, who exactly is the best of bench?

Ball of infusion: During the 1980s and 90s, NBA teams were routinely playing starters more than 36 minutes a game, barely using the bench. Nevertheless, the 80s saw the rise of the sixth man with some very familiar names providing a spark off the bench.

Don’t You (Forget About Me):

In spite of the fact that McHale, Walton and to some extent, Pierce are recognizable names, the latter two are typically unmentioned when talking about the greatest sixth men of all time.

Hey Now, You’re An All-Star: As Pierce ushered in the 90s, a few future All-Stars and sharpshooters would win the award.

Although great players won the award in the 90s, a new breed of sixth men was about to take hold in the new millennium.

A New Frontier: As the calendar turned into the 2000s, many recognizable names took the Sixth Man of the Year Award such as:

That said, none of those names were able to win the award more than once, unlike these next few names in the 2010s.

Into the “Willennium”: While some notable names won the award in the 2010s like James Harden (2012) and Eric Gordon (2017), the decade had been ruled by Jamal Crawford.

However, a new player appears primed to take that crown away from Crawford: Lou Williams.

Being only 32 and prominently featured in the Los Angeles Clippers offense, it’s not outside the realm of possibility to see Williams win as many as three more awards. That would just be sweet for Lou.

The Bottom Line: Throughout the years, many All-Star-caliber and even Hall of Famers have decided to come off the bench to give their team the best chance of success. That said, Lou Williams is a valid Sixth Man of the Year candidate every year. In the end though, Manu Ginobili is the best sixth man of all time, not because of individual accolades, but because of his impact on the NBA as a whole.