The Great One: 5 Reasons Bill Belichick is the best 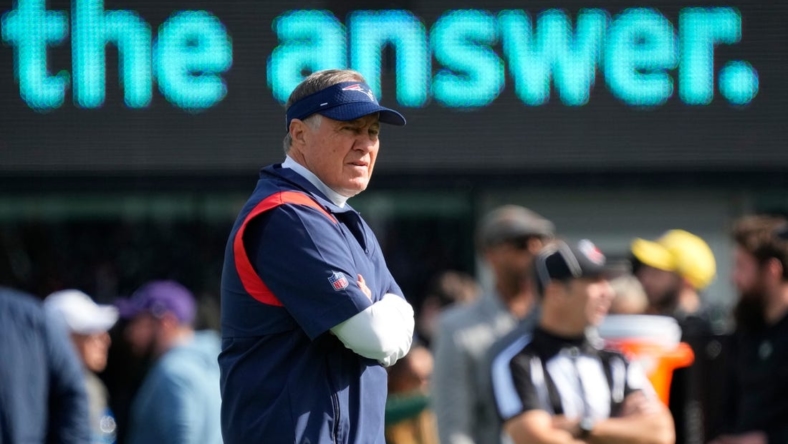 With Bill Belichick recording his 325th win Sunday to eclipse George Halas for second place on the NFL’s all-time wins list behind Don Shula (347) — it’s time to put the argument about who is the greatest NFL coach to rest.

–Turning a franchise around: It’s no secret that the before times (pre-Belichick) were mainly bad — really bad — times for the Patriots.

The team made only four playoff appearances from their inception in 1960 to 1984 while posting 12 losing seasons and winning just two division titles. The Patriots were crushed by the Bears in Super Bowl XX, almost moved to St. Louis in 1994 after five consecutive double-digit-loss seasons and were throttled by the Packers in Super Bowl XXXI.

A few years after that loss to the Packers, Belichick came along and transformed the once moribund franchise into an unprecedented two-decade dynasty.

–Playoff success: Belichick’s numbers during his Patriots tenure speak for themselves, and no other coach comes close to these astounding numbers: six Super Bowl titles in nine appearances, 17 AFC East titles, 13 AFC title game appearances and no losing seasons from 2001-19.

Belichick’s Patriots are also one of only two teams to win three Super Bowls in four years (Dallas Cowboys, 1993-96). Not to mention he’s the record holder for playoff wins with 31 — 11 more than Tom Landry, the next coach on the list. Just another record that won’t be touched.

–Best coach-QB combo: As great a coach and strategist as Belichick is, he needs his players to perform. Luckily for him and the Patriots, Tom Brady stepped in for an injured Drew Bledsoe in 2001 and guided the team to its first Super Bowl win, a stunning upset of the heavily favored St. Louis Rams.

That was just the beginning, as the Patriots appeared in half of all Super Bowls played during Brady’s 18 seasons as the starter and won two-thirds of those. Brady and Belichick also hold the records for the most Super Bowl appearances and victories by a player and head coach.

No other coach-QB combo comes close, though Bill Walsh and Joe Montana were a formidable duo with the 1980s San Francisco 49ers. The Kansas City Chiefs’ Patrick Mahomes and Andy Reid are an impressive current combo but have a long way to go.

–Legends of the fall: Sure, Halas was a football pioneer who founded the Chicago Bears, and the Super Bowl trophy is named for Green Bay Packers icon Vince Lombardi. Shula remains the winningest coach and Landry, Chuck Noll and Paul Brown won multiple titles and left lasting legacies, but Belichick stands alone.

None of those coaches can touch Belichick’s resume. Let’s examine: Along with 324 wins, Halas guided his teams to six titles and is a charter member of the Pro Football of Fame. He likely comes closest, while Lombardi, who won five championships in Green Bay (including the first two Super Bowls), had his career cut short at age 57 when he died of cancer in 1970.

A few also enjoyed lengthy careers, namely Shula and Landry (two Super Bowl wins each), but often came up short in the postseason. Noll won four Super Bowls with the Steelers in a six-season span in the 1970s, but that was the end of his success. Brown won three NFL championships with the Browns in the 1950s, but none in his last 20 years as a coach.

–Respect from peers, opponents: While Belichick has displayed his reverence for the history of football, his fellow coaches and opposing players have done the same for him.

“He’s the best coach of all time,” Packers quarterback and future Hall of Famer Aaron Rodgers said this season. “He’s a legend, a living legend, and he’s been ahead of the game for a long, long time.”

When a player of Rodgers’ caliber, along with coaches Mike Tomlin, John Harbaugh and Sean McDermott — and Duke basketball legend Mike Krzyzewski — are offering platitudes toward Belichick, it shows how much they respect his body of work, which will never be equaled.