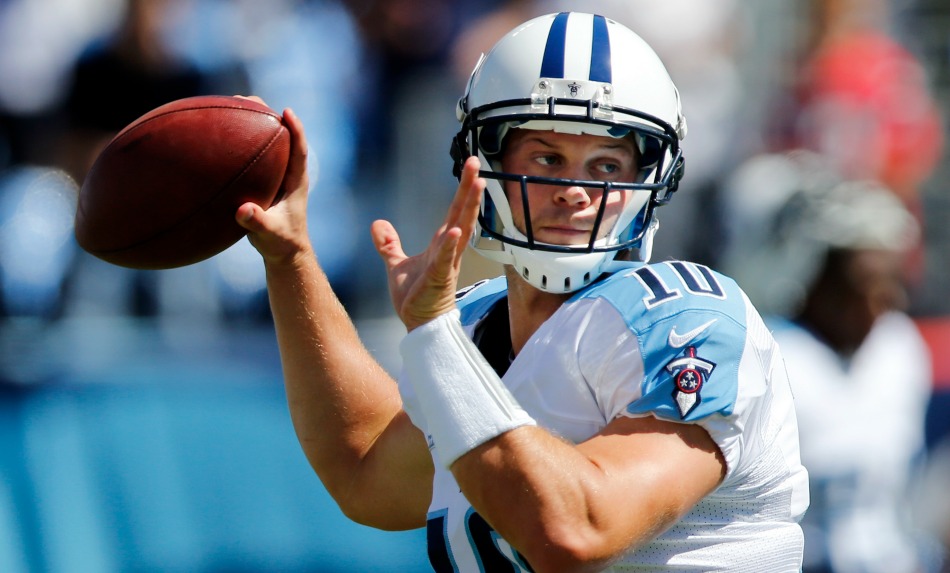 Often-injured Tennessee Titans quarterback Jake Locker becomes a free agent next month. While the former first-round bust hasn’t performed at a high level on the field, his position seems to indicate that there will be some interest in his services.

According to a player agent, who requested to remain anonymous, there could be interest for Locker from Philadelphia Eagles head coach Chip Kelly (via NJ.com).

Locker played college football at the University of Washington while Kelly coached Oregon in the same Pac-12 conference.

Locker was the eighth overall pick in the 2011 NFL draft by the Titans. He has been one of the most disappointing first-round picks from that draft. Constantly battling one injury after another, including Lisfranc injury on his foot, Locker has yet to complete a 16-game season. The most games he has played in one year was back in 2012 when he graced the field with his presence 11 times.

The agent reporting on the Eagles’ possible interest did not know if Kelly would pursue Locker as a replacement for free agent Mark Sanchez or as a potential starter. Keeping quiet since the last game the Eagles played in 2014, Kelly has yet to endorse quarterback Nick Foles as their starter. In the meantime, Foles is reportedly drawing interest from other teams, including the St. Louis Rams.

Over the course of his four years with the Titans, Locker has only managed a total of 4,967 passing yards and 27 touchdowns. His substandard 70.9 quarterback rating and 57.5 completion percentage does make us wonder why the Eagles would have interest.

Then again, he’s a quarterback with some talent. We all know how that’s valued in the NFL today.