The bottom 10: Worst starting receivers in the NFL today 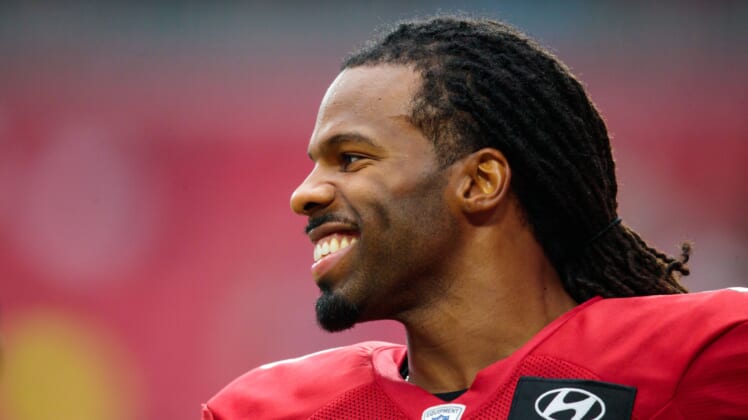 Real talent at the wide receiver position has taken a major hit around the NFL. Some of this could have to do with college teams failing to develop pass catchers.

Others believe that a pass-happy NFL has led to teams relying on more receivers. Hence, the influx of starting slot receivers.

Whatever the reason, many teams head into the 2019 season lacking at this position. It’s in this that we look at the 10 worst starting receivers in the NFL right now.

Jones might have improved as a sophomore last season, but he has a whole heck of a lot more to go in that category before being considered a starter-caliber receiver. The former second-round pick has caught 47.2 percent of his targets in two seasons and is averaging 5.5 yards per target throughout his career. For comparison’s sake, New York Giants stud youngster Saquon Barkley averaged 5.8 yards per touch as a rookie. He’s a running back. Think about that for a quick second.

This one is pretty much on the Bengals. Cincinnati listed Ross as its starting slot receiver in the team’s initial depth chart. For what reason, exactly? A top-10 pick back in 2017, Ross has caught all of 21 passes in two seasons. He didn’t even record a single reception as a rookie. Better yet, Ross boasts a career 35 percent catch rate. Some figured Cincinnati might look to move on from Ross this past offseason. Instead, the team might rely on the injury-plagued workout warrior to make an impact under first-year head coach Zac Taylor.

We’re not going to blame this second-year receiver for Washington having him listed as its starting slot receiver. The issue here, as it has been over the past several years in D.C., is depth. Quinn caught nine passes in three games of action as a rookie last season. Sure he has the look of a pretty solid slot guy dating back to the youngster’s SMU days, but this is not the AAC. We’re going to have to see a whole bunch more from Quinn to even consider him a starter-caliber receiver. That’s only magnified by the perpetual quarterback mess in the nation’s capital.

Much like other young receivers in this list, it’s not Renfrow’s fault that he’s being catapulted to the top of the depth chart. The former Clemson standout is currently listed as Oakland’s top slot guy behind recent acquisitions Antonio Brown and Tyrell Williams. Depending on Brown’s injury, he could even jump up a notch on Derek Carr’s target list as a rookie. The bad news for Oakland? Renfrow never put up more than 602 yards in what seemed like a decade at Clemson. He lacks athleticism. His upside is limited. They are asking too much from him.

Sadly, White’s NFL career has been derailed by injury after injury. The former Chicago Bears top-seven pick has played in a grand total of 14 games in four NFL seasons. Fourteen games! He’s caught 25 passes and boasts a 52.1 percent catch rate during that span. Given how stellar White was during his college days at West Virginia, this represents a harrowing tail. It also doesn’t make him any better or more reliable as a receiver for first-year Cardinals quarterback Kyler Murray.

Is Taylor terrible? Well, that depends heavily on whether you overrate Titans quarterback Marcus Mariota. Let’s say for a second that Mariota is a viable NFL quarterback, what does that say about Taylor? The former third-round pick has caught 53 passes in two NFL seasons. He’s also averaging one touchdown per 42 targets. To contrast for a second, fellow second-year Titans receiver Corey Davis is averaging one score per 44 targets. The moral of the story? Things are not great in Nashville. Taylor deserves some of the blame because of his lackluster overall numbers elsewhere. After all, there’s a reason Tennessee exhausted a second-round pick on A.J. Brown in April. It’s not to take Davis’ spot.

Let’s paint a picture here. The Jacksonville Jaguars signed Moncrief to a one-year, $9.6 million deal prior to the 2018 season. Despite his obvious physical traits (6-foot-2 and 216 pounds), Moncrief had put up a combined 698 yards with a 54.4 percent catch rate in his final two seasons with Indianapolis. Moncrief responded by posting a top-10 drop rate and catching 53.9 percent of his targets last season. The Steelers are now relying on him to replace Antonio Brown behind all-world receiver JuJu Smith-Schuster. Good luck with that given Pittsburgh starting quarterback Ben Roethlisberger tied for the NFL lead in interceptions last season.

Goodwin impressed big time in his first season with the 49ers after an injury-plagued four years in Buffalo. He caught 56 passes for 962 yards while averaging 17.2 yards per reception. Unfortunately, the injuries and lack of production that plagued him in Western New York came back to haunt Goodwin last season. He tallied just 23 catches and hauled in 55 percent of his targets. Still listed as a starter on the 49ers’ depth chart, there’s an outside chance Goodwin doesn’t even break camp with the team. That’s a mighty big fall from grace for the world-class athlete.

Indianapolis surprised a lot of people by handing Funchess a one-year, $10 million contract in free agency. The former Carolina Panthers second-round pick hauled in just 44 passes for 549 yards while boasting a mediocre 55.7 percent catch rate last season. He was also pretty much benched for the final quarter of the campaign. An inability to get open and create space has plagued Funchess throughout his career. We’re not expecting this to magically change with Indy in 2019.

Simply put, Parker has failed to live up to the expectations that came with being a top-14 pick back in 2015. Injuries and inconsistency has dogged him at pretty much every turn. Parker missed five games to injury last season, bringing in just 24-of-47 targets for a lackluster 51.1 percent catch rate. While Parker is still listed as one of Miami’s starters, it would not be a surprise to see Allen Hurns or impressive rookie Preston Williams surpass him on the depth chart earlier in the 2019 season.