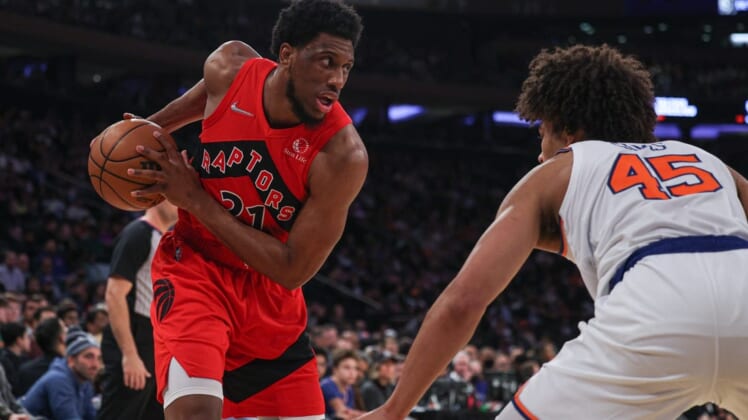 Thaddeus Young signed a multi-year contract extension with the Toronto Raptors on Friday.

Yahoo Sports said the deal is for two years and $16 million, plus incentives.

“Thad is a high-level professional who complements our core very well, he integrated himself into the fabric of the team last season and we’re excited he chose to re-sign here in Toronto,” general manager Bobby Webster said in a news release. “He is a smart and versatile player who will continue to provide valuable leadership to our younger players on the court and in the locker room.”