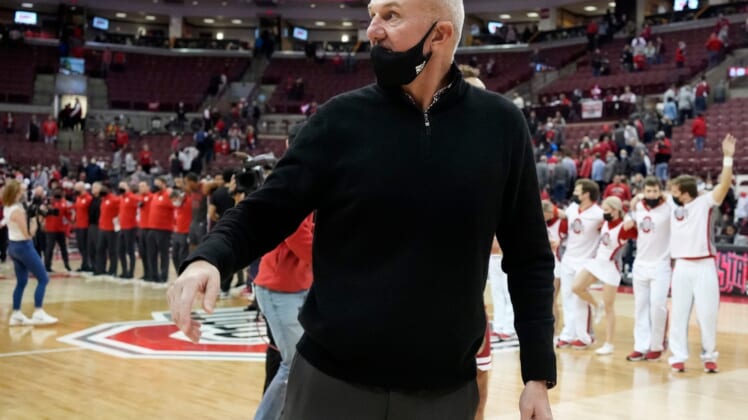 Thad Matta has been named the head coach of the Butler men’s basketball team for the second time.

Butler announced the decision on its school website Sunday morning, two days after it parted ways with LaVall Jordan as its coach.

“The success that Thad has achieved at every one of his programs speaks for itself,” Bulldogs athletics director Barry Collier said. “He is a championship-caliber coach and recruiter who brings valuable experience and contagious energy to Butler. I have seen that personally in Thad as a player, assistant coach and head coach.”

Matta posted a 24-8 record during his one season coaching at Butler.

“I’m grateful for the opportunity to return to Butler and lead our men’s basketball program,” Matta said. “There is a solid foundation in place and I’m confident that Butler will consistently be among the top programs in the Big East. I can’t wait to attack the work we have in front of us and to be back on the sidelines at Hinkle Fieldhouse.”

Butler parted ways with Jordan on Friday after a mediocre five-season tenure at his alma mater.

Butler was 83-74 under Jordan’s watch, including one trip to the NCAA Tournament in his first season in 2017-18. The team likely would have made the 2020 tourney if it hadn’t been canceled due to the COVID-19 pandemic.