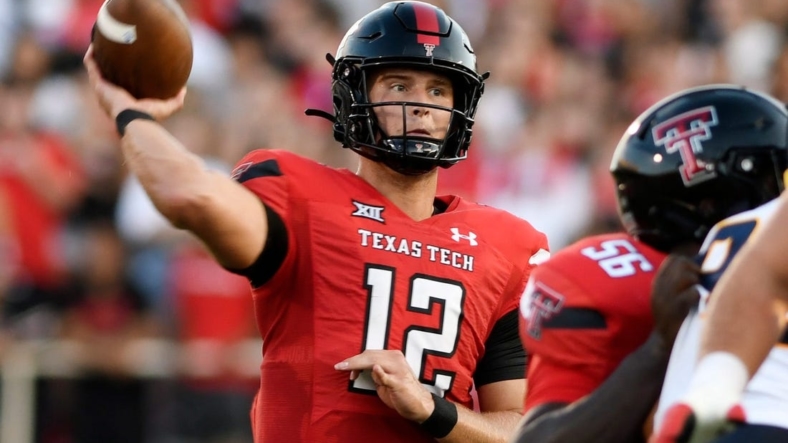 Texas Tech starting quarterback Tyler Shough will miss at least two weeks due to an injury sustained when he landed hard on his left shoulder in Saturday’s season-opening victory over Murray State.

First-year coach Joey McGuire said the coaching staff will learn more about his exact injury following testing, but it’s believed to be either an AC joint or collarbone injury. Shough missed nine games last season with a broken collarbone.

“I know he will not play against Houston, won’t play against North Carolina State … and probably we’ll stretch it to Texas. After that, we’ll just have to see where he’s at,” McGuire told reporters Monday.

In Saturday’s 63-10 victory, the Red Raiders took the early lead when Shough completed a 30-yard touchdown pass to Loic Fouonji. But later in the quarter, on a 17-yard run, Shough hit the turf hard on a tackle by safety Jaylon Bolden. He was replaced five plays later by Donovan Smith.

Shough, formerly the starting quarterback at Oregon, transferred to Texas Tech before the 2021 season. He was limited to four games, completing 64 of 92 pass attempts for 872 yards with six touchdowns and three interceptions.